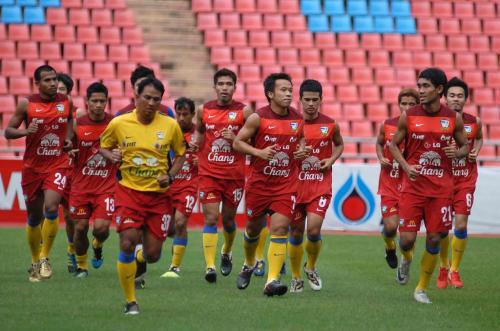 PHUKET: The sport of football is considered by many to be the most popular game on the planet. While it has been a mainstay in the European and South American nations for decades, increased access to matches and a youthful fan base have now allowed this exciting sport to reach the far corners of the globe.

A notable example of this widespread popularity can be seen in the increasing recognition received by what is known as the ASEAN Football Federation (an acronym for Association of Southeast Asian Nations).

As a greater number of fans are attracted to this arena each day, many are now choosing to use electronic sportsbook services to obtain the latest information about individual players and recent team performances.

One of the fundamental factors that has contributed to the unprecedented popularity of this sport is the fact that in Southeast Asia alone, nearly 600 million residents are quite in love with this game. Although the teams in this region are still in their relative infant stages, this area already boasts diehard fans of both the English Premier League as well as some of the German teams that have proven themselves powerhouses in Europe. It can only be imagined that during this match, plenty of Thai fans were on the edge of their seats.

Another contributing factor to the massive presence of football in Southeast Asia has to do with outside investment. A large number of casinos and other gaming establishments have been created throughout the growing urban centers, so it should come as no surprise that sports betting has quickly followed. Football is as much as sociological phenomenon as it is a pastime, so now we are witnessing the youth of this region becoming world-class players.

One excellent example of such a stellar rise is the recent prowess exhibited by striker Teerasil Dangda; purported to be the best striker in all of Southeast Asia. The prospects for this young man are indeed considerable and many believe that the only logical next step would to be his introduction to the European football arena. Many analysts predict that a portion of the best online sportsbook services will begin to pay close attention to this striker and others emerging from this area.

Also, let us not forget that the majority of rising stars have based their training and motivation off of proven European and British teams. Thus, they will bring a tenacity and mental preparedness to the game that is rarely seen outside of the western world. This is due in no small part to the increasing access of high speed internet and the daily updates such as this recent recap of the match between Wigan Athletic and Arsenal. following such high calibre teams and players will only breed native talent of a similar quality.

Finally, the rise of ASEAN football is important from an economic point of view. Should southeast Asia eventually develop a strong team, local and international wagering will increase along with the sheer number of travelers to observe in far eastern matches. This influx is all but essential for continued regional growth and to help Southeast Asia capitalize on their known talent. It is well known that fans will pay a substantial amount of money to watch games.

While this is important for domestic residents, southeast Asia enjoys the unique benefit of having a currency that it profoundly undervalued in comparison to the dollar, the Euro and in particular, the Pound Sterling. Although many involved in sports betting may not recognize the significance, foreign currency will travel much further in this region. This will result in increased tourism if and when this region comes into its own.

Simply stated, although some reputable football organizations may still be concerned with happenings closer to home, the odds are that this attitude will change as more raw talent is seen circulating from southeast Asia and more specifically, Thailand. Most avid fans and players alike see such movements as nothing more than a natural progression; simply untapped talent waiting to be discovered. It will indeed be interesting to see what legends may emerge out of this “dark horse” region in the near future.