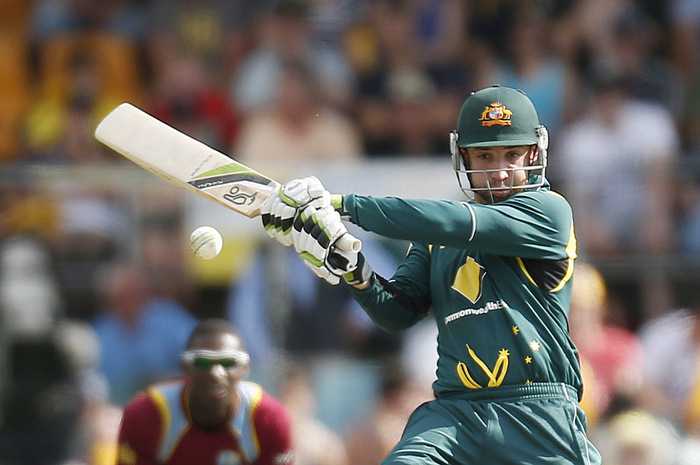 PHUKET: Australian cricketer Phillip Hughes died in a Sydney hospital on Thursday, two days after being struck by a ball that led to a “catastrophic” injury which caused “massive” bleeding to his brain and ultimately proved fatal.

The international batsman was struck on the neck by a short-pitched delivery when batting in a domestic match on Tuesday, with the force of the blow piercing his veterbral artery, medical staff said at St Vincent’s hospital.

“He went to theatre and had extensive surgery to remove some of the skull around his brain to help allow the brain to expand so it wasn’t compressed.

“Over a period of the first 24-48 hours, as we know, he did not make very much improvement and unfortunately as a consequence of the injury he died.”

Governing body Cricket Australia (CA) confirmed the 25-year-old had lost his fight for life with a tweet that cast a pall over a cricket-mad nation which is co-hosting the World Cup early next year.

“The word tragedy gets used too often in sport, but this freak accident is now real life tragedy,” CA chief executive James Sutherland told reporters in a shaky voice.

“Phillip has been taken away from us too soon.

“Without doubt he was a rising star whose best cricket was in front of him.

The Australian flag was lowered to half-mast over the Sydney Cricket Ground where Hughes suffered the horrific injury on Tuesday when batting for state side South Australia.

Flags were also lowered at the iconic Melbourne Cricket Ground.

After collapsing at the stadium Hughes, who played 26 tests and 25 one-day internationals, was treated by the boundary before being rushed to hospital.

News of his condition was sparing and his critical condition remain unchanged for two days before his death.

The news brought an outpouring of grief on social media, with past and present players conveying their shock and passing on tributes.

“No no no no no. RIP Phillip Hughes,” former Australia wicketkeeper Adam Gilchrist tweeted.

South Africa one-day international captain AB de Villiers tweeted: “A very dark day. You will be missed, Phil Hughes. My prayers and thoughts go out to his family and friends.”

Australia Prime Minister Tony Abbott described Hughes as a “a young man living out his dreams”.

“His death is a very sad day for cricket and a heartbreaking day for his family,’ Abbott said in a statement.

“What happened has touched millions of Australians.

“For a young life to be cut short playing our national game seems a shocking aberration.”

The shocking announcement followed calls by former players for the Australian team to abandon the first test of the four-match series against India next week.

“I don’t think any of the boys will want to play,” he said.

Sutherland said no decision had been made.

The news travelled quickly through the global cricket community, with the Pakistan test match against New Zealand in Sharjah suspended for the day out of respect for the player.

Hughes’ death would prove a “game-changer” for the so-called ‘gentleman’s’ sport, pundits said, ranging from standards for head protection to the practice of short-pitched fast bowling.

Cricket balls are roughly the same shape and size of a baseball but harder and heavier. Fast bowlers regularly bowl at speeds of 140kph and short deliveries, known as ‘bouncers’, are often used as a tactic to intimidate batsmen.

Questions about the response time of ambulances dispatched to the stadium were raised but quickly dismissed by medical staff.

Born in the small town of Macksville in New South Wales state, the pint-sized Hughes grew up on a banana plantation and made his first-class debut at 18.

He took the cricketing world by storm when he made his test debut in 2009, scoring a mountain of runs despite his unconventional technique.

Hughes would betray a vulnerability to short-pitched bowling and though he was in and out of the Australian team over the following years, he never complained publicly about his plight as a fringe player.

He had scored 63 runs before being struck on Tuesday, his last innings said to be an audition to replace injured Australia captain Michael Clarke for the first test.