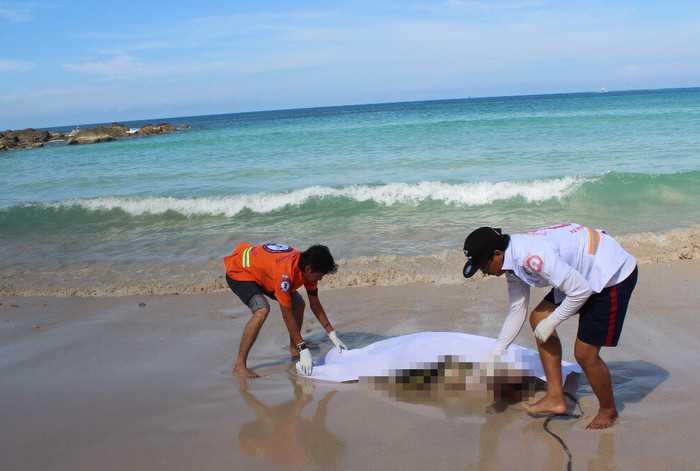 PHUKET: Officers are attempting to identify the body of a Caucasian man found floating in the sea off Phuket this morning.

The body was spotted by Chaimongkol Yaemaroonpattana, a Phuket Marine Biological Center (PMBC) officer, while he was patrolling the waters near Kata Beach.

“I saw the body floating about one kilometer from shore. My colleagues and I retrieved it, and then called the police,” Mr Chaimongkol said.

Police told the Phuket Gazette that they believed the man had died several days before his body was discovered.

“We didn’t find a shirt or any clothes, except for the swim trunks he was wearing. He also had a tattoo on his left leg,” said Lt Niphon Temsang of the Karon Police.

“We have contacted every police station on the island to see if anyone of his description had been reported missing recently. At this stage, we have no leads, but we will continue to investigate.”

The body was taken to Vachira Phuket Hospital for examination.

In September, the body of a man with his feet and hands bound was found washed up on a Phuket beach near Sarasin Bridge (story here).

Not long after, in late September, the body of a woman with her hands also bound washed onto Surin Beach (story here).

Australian cricketer Hughes dies after being hit by ball