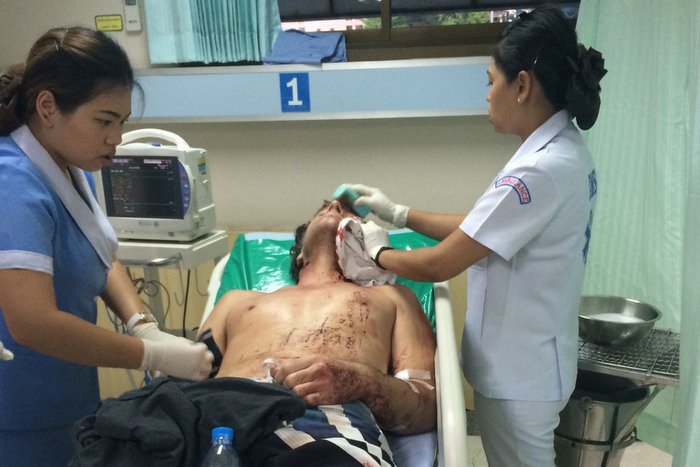 PHUKET: An Australian tourist remains in hospital today after he attempted to commit suicide in his Patong hotel room yesterday morning.

A hotel staffer found the 42-year-old man in his room with a knife wound to his neck.

“The man had made an appointment for a taxi to take him to the airport yesterday morning. When it came time to leave, a hotel staffer tried to knock on Mr Klingberg’s door several times, but nobody answered,” Maj Teerasak Boonsang of the Patong Police told the Phuket Gazette this afternoon.

“After the staffer had knocked for a while, the man came to the door injured and bleeding.”

The hospital staffer called police and rescue workers, who then rushed the tourist to Patong Hospital.

“Hospital staff told police that they had talked to the man and that he had admitted to attempting suicide due to personal struggles, but he declined to discuss the specific reasons,” Maj Teerasak said.

“As he admitted to inflicting the wound on himself, police will not investigate the case further.”

However, authorities contacted the Australian Embassy to inform them of the incident, Maj Teerasak confirmed.