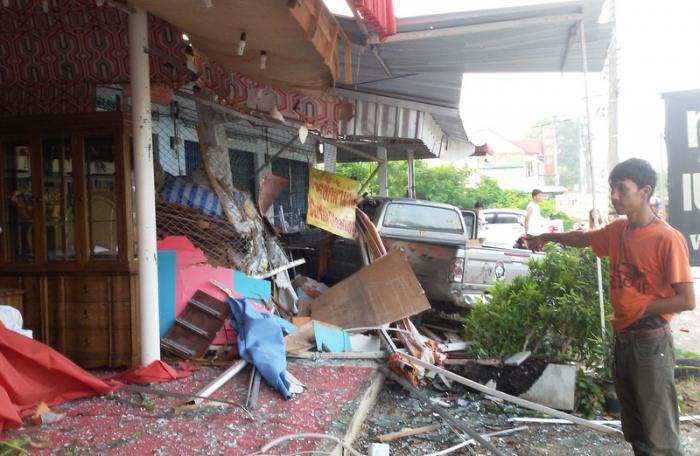 KRABI: Residents in Krabi Town had a lucky escape when the driver of a pick-up truck fell asleep at the wheel and slammed into a row of shophouses last night.

The driver, Surin Sukkawit, 54, a Krabi native, caused extensive damage to the row of shops along Krabi-Kaothong Road when he lost control of his vehicle after nodding off around 7am.

“Mr Surin said he’d had a sleepless night after arguing with his wife on Saturday night. He woke up in time to swerve to avoid an electricity pole but ended up plowing into the shops instead,” Krabi City Police Lt Sanya Nuikaew told the Phuket Gazette this morning.

No one was injured in the collision. However, a curtain shop and neighboring properties were severely damaged, leaving glass, bricks and debris strewn about the roadside.

The front end of the pick-up truck was also badly damaged.