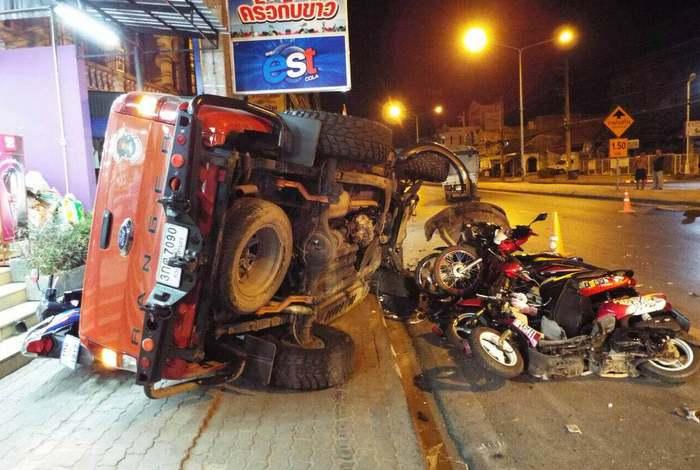 PHUKET: A pick-up truck driver, who fell asleep at the wheel, flipped his vehicle into eight motorbikes and another truck parked along Thepkrasattri Road early this morning.

“Wasan Wijitwithayakul, 46, confessed to having dozed off while heading home to Thalang from Bang Neow Shrine in Phuket Town,” Lt Col Chaliao Thaihoo of the Phuket City Police said.

Mr Wasan was slightly injured in the incident, while his truck, and the three motorbikes that it landed directly on, were severely damaged.

“The other bikes and a SuperCheap truck were only slightly damaged in the incident,” said Col Chaliao.

One tonne of dead fish found in Phuket park