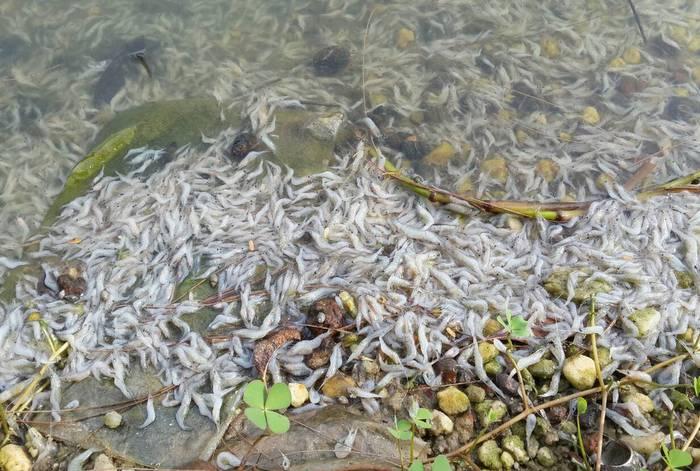 PHUKET: A large number of fish and shrimp have died in a pond in Suan Luang Park in Phuket Town from either a rise in temperature or polluted water, confirmed officials.

“The local community around the park has complained about the dead fish,” said Phuket City Deputy Mayor Thavorn Jirapattanasophon. “About one tonne of dead fish have been found since Wednesday, including Java barb, Catfish, Snake-head, Nile tilapia, shrimp and numerous others.”

Mayor Thavorn headed the clean-up project, directing officials to collect water samples from the pond, so the water quality could be tested.

“Our initial tests suggest that the water is safe,” said Mayor Thavorn. “It is most likely that due to the high water temperatures, there is a lack of oxygen in the pond, which is causing this phenomenon.”

Similar incidents have taken place several times in the past.

On March 23, it was reported that Krabi officials had to bury about five tonnes of dead fish that died under similar conditions (story here).