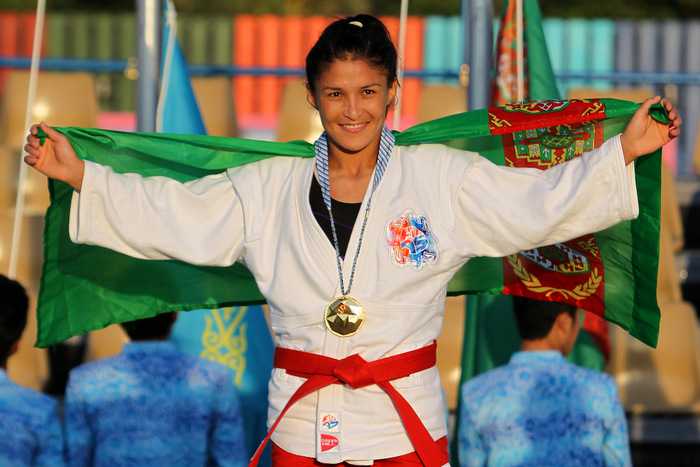 PHUKET: Babamuratova Gulbadam from Turkmenistan captured the first gold of the 4th Asian Beach Games after beating Kazakhstan’s Leila Konuspayeva 4-0 in the final showdown of the women’s 52kg Sambo yesterday.

Supatra Nanong became the first Thai athlete to win a medal at the Phuket Games, winning bronze in the sambo women’s 72kg competition following her exceptional 4-0 win over Korean Cho Soohee in the quarter-finals.

Unfortunately, Supatra, thrown by Mongolian Bataa Sainbuyan, went down in the semi-finals 0-4 and had to be content with the bronze medal.

Mongolia took the lion’s share of the 12 gold medals on offer on the first day, winning five gold in sambo and one in ju-jitsu. Mongolia also won bronze in the ju-jitsu to move to the top of the medal tally.

The United Arabs Emirates finished second with three gold and three bronze medals, with Pakistan in third place after winning two gold and one silver.

Hosts Thailand claimed one silver in ju-jitsu as well as four bronze medals, comprising three from ju-jitsu and one from sambo, to finish eighth place overall on day one of the games.

The Games continue at Karon Beach today with more medals up for grabs in the beach flag football, ju-jitsu and sambo competitions.