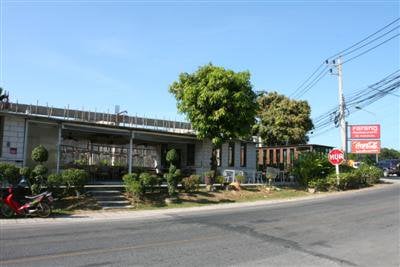 PHUKET CITY: Police have issued an arrest warrant for a man suspected of carrying out the murder of the owner of the popular Farang restaurant chain.

Phuket City Police Superintendent Wanchai Ekpornpit gave the name of the wanted man as Prapan Inkong, 27. He declined to release the man’s address or other information for fear of jeopardizing the investigation.

Col Wanchai told the Gazette that romantic jealously resulting from a love triangle was the apparent motive for the killing.

Mr Chit was shot at close range by a man who arrived on a motorcycle. The victim was dining with friends at his restaurant on the bypass road on January 16.

One of Mr Chit’s friends was also hit in the attack, but survived.