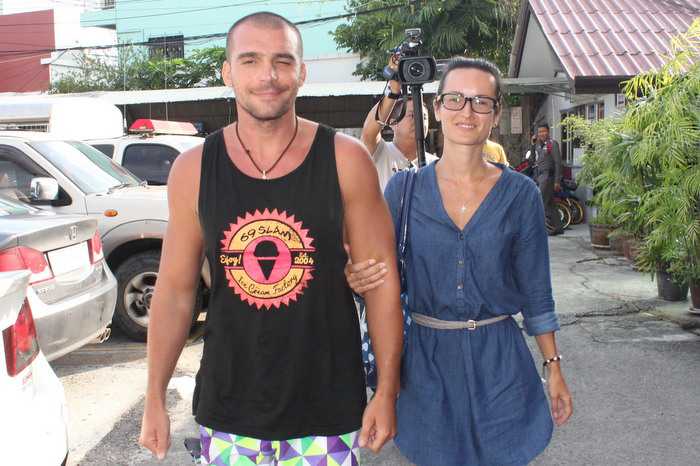 PHUKET: Police took ten people into custody for the abduction of a Ukraine businessman and his wife in Phuket yesterday.

Igor Iermakova, 37, was allegedly abducted by the group from Mitraphap Beach in Rawai on Thursday morning. Later that day, they demanded that a ransom of US$500,000 (about 16.4mn baht) be paid.

“Some armed Thai people forced me from my house and brought me to my husband, who had been abducted. They said that my husband borrowed US$500,000 from some Ukrainian. They wanted me to bring the money back,” said Maryna, 32.

“When I agreed to bring them US$200,000 of the debt, we established a rendezvous point and then freed me.”

“Ms Iermakova told the men that they needed to bring her husband to the meeting point, so that he could make the withdrawal, as his name was the one on the account,” said Col Chukiat.

“After making the arrangement, Ms Maryna contacted the Ukrainian Embassy and us. We quickly established an undercover team to take down the gang when they arrived at the bank.”

When they arrived at the bank with Mr Iermakova at about 1:30pm, police rushed them and made the arrests.

The ten people were named by police as:

The five non-military members of the group were charged for the abduction and ransoming. They have denied the charges.

Chalong Police will hold a press conference at 2pm today to clarify what role, if any, the soldiers played in the abduction.