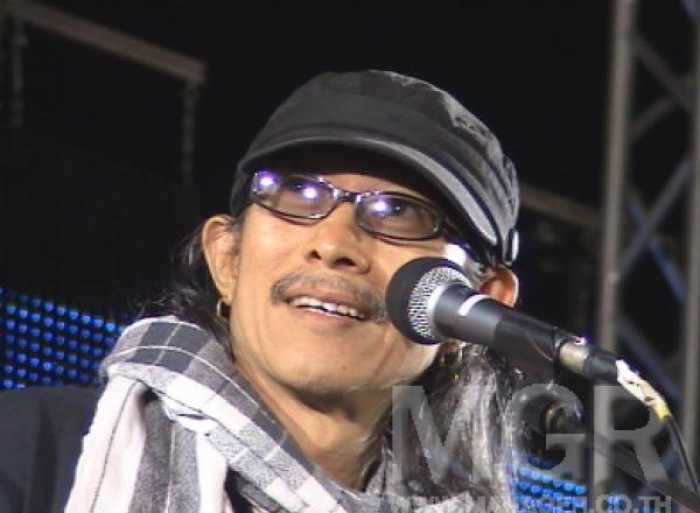 PHUKET: Legendary Thai folk-rock artist Yuenyong Opakul, better known by his stage name Ad Carabao, is set to headline three-days of entertainment in Phuket Town to count down to the New Year.

The “Colorful Countdown Phuket 2015” will usher in the New Year with light shows and live concerts at Sanam Chai Park, across the road from Phuket Provincial Hall, from December 29-31.

“Phuket is known as the Pearl of the Andaman Sea, and we aim to promote our popular aquatic attractions in this event,” explained Paiboon Upatising, president of the Phuket Provincial Administrative Organization (PPAO).

The event’s grounds will be arranged into three zones, with each zone hosting a different entertainment venue.

Zone 2: An information area that will provide greeting cards, event schedules and the opportunity for visitors to have their picture taken with a goat – the Chinese astrological symbol for 2015.

Zone 3: This section will be divided into two parts: An exhibition highlighting the great achievements of HM King Bhumibol Adulyadej; as well as displays promoting different Phuket tourism attractions.

The festival will also feature a “Kids Cultural Ambassador” competition. Contestants must be between 13-20 years of age. They can enter in groups or individually.

The winner in the individual contest will receive 100,000 baht and a trophy, as will the winning team in the group division.

Army soldiers taken into custody for abducting foreigner in Phuket