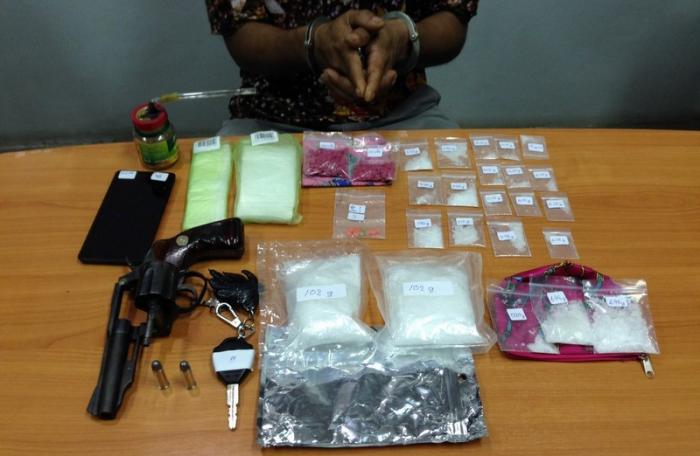 Saichon Taengkliang, 37, was caught with about 235 grams of ya ice (crystal methamphetamine) and 331 pills of ya bah (methamphetamine), as well as a firearm and ammunition, confirmed Lt Col Prawit Engchuan of the Phuket Provincial Police.

“We received a tip-off that Mr Saichon was dealing meth to teenagers in Muang District, so we had an undercover agent place an order with him,” explained Col Prawit. “The officer was told to pick up the drugs from Mr Saichon’s rental room in Wichit.”

Police moved in after watching Mr Saichon hand the drugs over to the agent.

“He named his supplier only as ‘Mr Tee’. We are now trying to track him down and tear this particular drug network apart,” Col Prawit said.

Phuket flyovers given second chance to take off