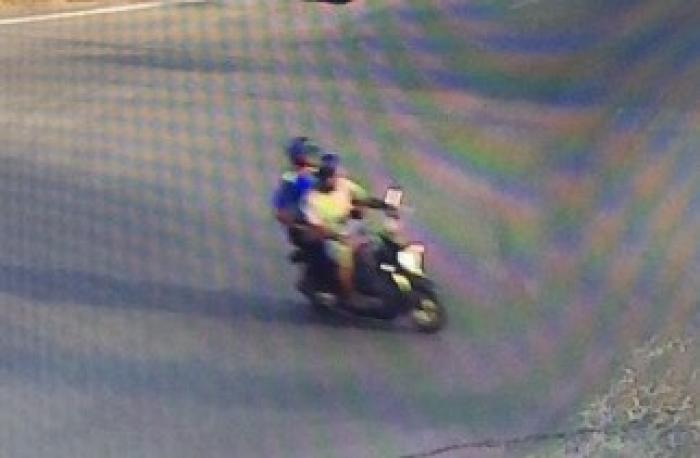 PHUKET: Police arrested two suspected thieves and their accomplice on Wednesday, after collecting evidence from nearby CCTV cameras.

“They told us that they had committed the crimes just to have some extra cash to ‘have a good time’,” said Lt Chaowalit.

Police first arrested Mr Thiradet. He told police about the involvement of Mr Chaiprasit, as well as Supachai Botepram, 20, who was the owner of the bike and had received an iPhone 5 from the other two.

“The incident occurred on Phra Phuket Kaew Road at about 5 pm. Ms Hilmi told police that two people rode up next to her and forcefully snatched her Louis Vuitton bag, causing her to fall and injure herself. The bag contained 1,500 baht in cash and an iPhone 5. The total estimated value of what was stolen was more than 130,000 baht,” said Lt Chaowalit.

Although CCTV footage was captured by a nearby camera, it was not clear enough to provide a good lead.

The second incident occurred two days later at about 8:30am, said Lt Sawanya Eiadtrong of the Thung Thong Police.

“A 37-year-old Russian expat reported that two men snatched his bag on Vichitsongkram Road while threatening him with a knife,” Lt Sawanya said.

This time, the evidence from CCTV was enough to lead to the arrest of the suspects.

Mr Thiradet and Mr Chaiprasit were charged for robbery and carrying a weapon in public, whereas Mr Supachai was charged for receiving a stolen goods and acting as an accomplice to theft.