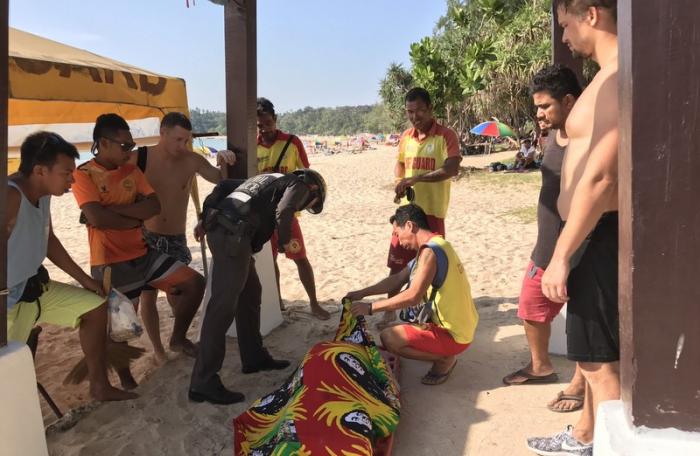 PHUKET: Another unknown tourist has been found dead in Phuket, this time having plunged from some rocks into the sea.

The victim is male and believed to be aged 50-56, but as in several similar recent cases his identity and nationality are unknown.

“Witness said the man was walking on the rocks before he suddenly fell down and was dragged away by the waves. People swimming nearby brought his body back to the beach and administered CPR [cardiopulmonary resuscitation], but could not revive him,” said Lt Col Pathiwat Yordkwan of Karon Police.

“There were some wounds on his lower back, but no sign of fighting or struggle,” he added.

The body of the victim has been moved to Vachira Phuket Hospital to determine the cause of death, while police are still trying to determine who he is.

Electrical malfunction believed to be cause of Patong nightclub fire