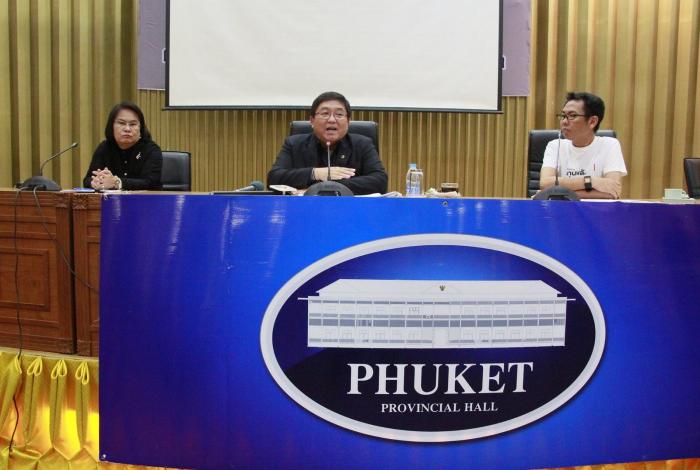 PHUKET: A billion-baht budget for infrastructure development for 2017-2018 has been approved for Phuket, Governor Chokchai Dejamornthan announced last week.

Additionally, Governor Chokchai has re-ignited interest in the rail project, which received much favor from former Phuket Governor Chamroen Tipayapongtada.

Ex-governor Chamroen had called on the Office of Transport and Traffic Policy and Planning (OTP) in Bangkok, two months before the end of his term on October 1 last year, to sort things as soon as possible or dismiss the project entirely (story here).

The 30-billion-baht project is expected to take three years to build, starting next year after the plans, budget and relevant approvals have been finalized.

“The light rail project is being undertaken in cooperation with the OTP, and we are currently searching for a public-private partnership. If the process goes according to plan, I can assure everyone that the rail will be ready for service by 2021,” said Gov Chokchai.

“Traffic is the biggest problem in our daily lives and it affects everyone. If this could be done as fast as possible, it will benefit everyone on the island, including locals and tourists.

I’m inviting the public to share their views, including questions and concerns about the plan, route, environmental impact or anything else regarding the light rail, on February 6 and 7,” the governor added.

The times and locations for the proposed meetings are as follows: