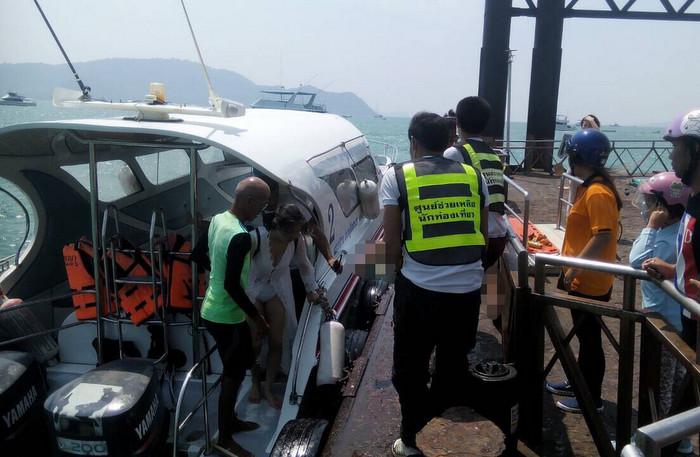 PHUKET: A Chinese tourist was recovered unconscious from the waters off Koh Racha while on a speedboat trip today.

Ju Zekai, 24, was rushed back to Phuket and transferred to Chalong Hospital where he was pronounced dead.

“Mr Ju was on a day trip around Koh Racha with his girlfriend and 20 other tourists. He had gone for a swim alone and was discovered unconscious, face down in the water by his girlfriend,” explained Capt Wuttiwat Liang-boonjinda of the Chalong Police. “CPR [cardiopulmonary resuscitation] was administered, but those attempting to save him were never able to find a pulse.”

Mr Ju’s body was taken to the better-equipped Vachira Phuket Hospital to determine the cause of death.

On January 28, Krabi Marine Police were called to aid in the rescue of a Chinese tourist who fell unconscious while swimming in Koh Hong (story here).

A Decade Ago: Whole lot of monkey business