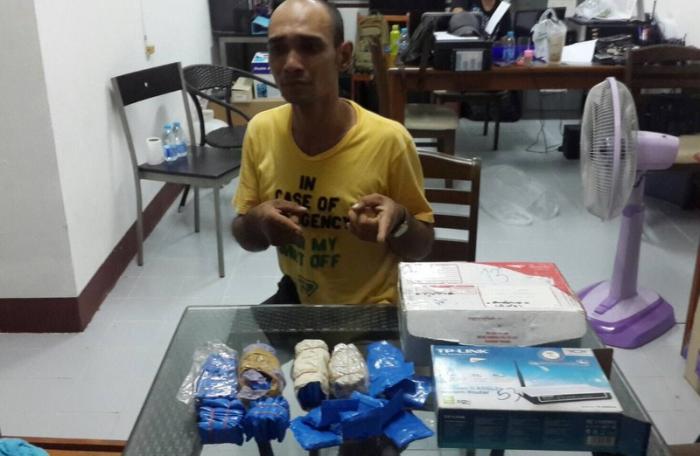 PHUKET: A Ranong man was arrested in Phuket last night with more than 11,000 amphetamine (ya bah) pills estimated to have a street value of two million baht.

Region 8 Police led by Lt Col Prawit Engchuan of Ao Nang Police arrested Somchok Thanomjit, 36, when he showed up to receive the package at a private transportation company in Rassada.

“We were tipped off by our men that a parcel containing the drugs would be sent by someone named Piyamas Petchrak, so we went there to make sure it arrived and monitor who came to pick it up,” said Col Prawit.

“He signed for the package under the name ‘Bao’ and was about to leave when we presented ourselves and asked to search the contents,” he added.

“The suspect knew what was in the package, but denied owning them. He confessed that he used to do drugs, but said he had been clean for two years and had never before been involved in selling narcotics,” said Col Prawit.

Mr Somchok told police that earlier the same day, he received a call from a man named Bang Sod to pick up the package and he accepted since he knew the man well.

“Though Mr Somchok denied ownership of the drugs, he was charged with possession of a category 1 drug with intent to sell,” said Col Prawit.