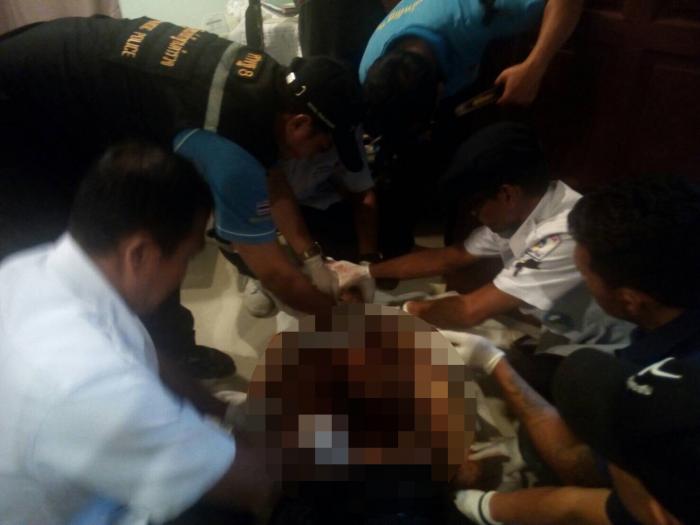 PHUKET: An American man was found dead, with deep slashes to his neck, at a rental room in Rawai about 7pm last night. Police suspect he may have taken his own life but have not ruled out other possibilities.

“Inside the bathroom, we found the body of the 62-year-old victim (whose name is being withheld) lying face up, with a 15cm long wound on his neck, likely caused by a sharp object. We also found a box cutter covered in blood and a pair of scissors covered in blood in the sink,” said Maj Thada Sodarak of Chalong Police.

The victim is believed to have been dead for at least an hour before his body was discovered by his girlfriend, who reportedly fainted when she first saw him.

“She returned from work to find the room locked from inside. She tired to call, but no one answered, so she asked her neighbors to help break down the door,” said Maj Thada.

Police also questioned a friend of the deceased.

“The friend said the deceased’s visa had expired a year ago and he had been overstaying ever since. He also told us that his friend had asked his embassy for help and was given advice on the documents he needed to provide but he did not have enough money to get his paperwork processed and pay for the visa,” said Maj Thada.

Police found no signs of struggle or ransacking in the room, and no note from the victim.

“At this stage, we cannot say what exactly happened to him. It looks like he may have cut his own neck, but we are still collecting more evidence, and questioning relevant people,” he added.

The body was taken to Vachira Phuket Hospital for further examination and the American Embassy was informed of his death.