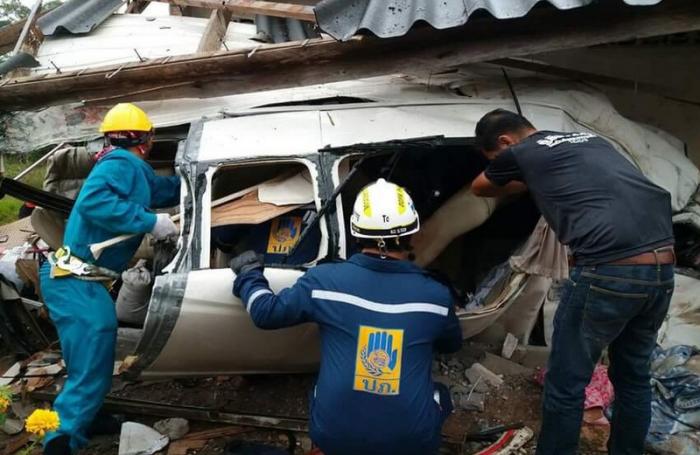 PHUKET: Three foreigners died and six others were seriously injured when the van they were travelling in crashed into a house in Phang Nga this morning.

The foreigners were on their way from Phuket to Satun for a visa run with KBV Phuket Visa Run company, when the van crashed in Bang Tuey sub-district.

Police and emergency responders rushed to the scene of the accident.

“We found a severely damaged white van with a KBV Visa Run logo, which had crashed into a nearby house. The survivors and bodies of the deceased were immediately transferred to Phang Nga hospital,” said Capt Chatree Piankayai of Phang Nga City Police.

“The van driver, named Prawit Raweerat, told us that he lost control of the van at a bend in the road due to rain and slippery conditions, hitting an electric pole and then crashing into a nearby house,” Capt Chatree added.

Mr Prawit and his wife sustained minor injuries while the condition of the hospitalized foreigners was reported to be precarious.