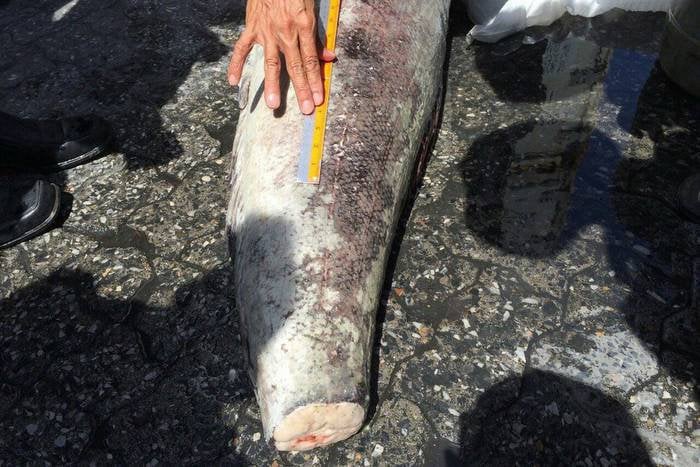 PHUKET: A fine of 51,000 baht was levied against the alleged illegal, unreported, unregulated (IUU) vessels that successfully fled the New Zealand and Australian navies with its cargo of Atlantic toothfish before being seized in Phuket earlier this year (story here).

“The fine was only the Customs Department part of the process. The next step is for the Marine Office to carry out its investigation concerning the ship’s registration,” Mr Prasongsak said. “The ship will remain in government custody until the investigation has been concluded.”

“There is evidence against the Kunlun of multiple crimes, including fishing without a permit, using banned gill nets in a controlled fishery zone, changing flags and names to deliberately avoid detection and operating under shell companies as fly-by-night operators to exploit international loopholes,” explained Capt Siddharth Chakravarty of the Sea Shepherd ship Sam Simon told the Phuket Gazette earlier this year.

The Sam Simon is taking part in the Sea Shepherd 2014 Operation Icefish, a campaign to stop the illegal fishing of Patagonian and Antarctic toothfish in Antarctic waters.

“Whether or not the ship is in violation of Thai law as an IUU is to be determined by the government’s IUU standing committee,” said Charoen Chamniklang of the Royal Thai Customs Investigation and Suppression Bureau (ISB).

“We have no idea how long it will take, but the ship will remain here until the investigation no longer requires it to be.”