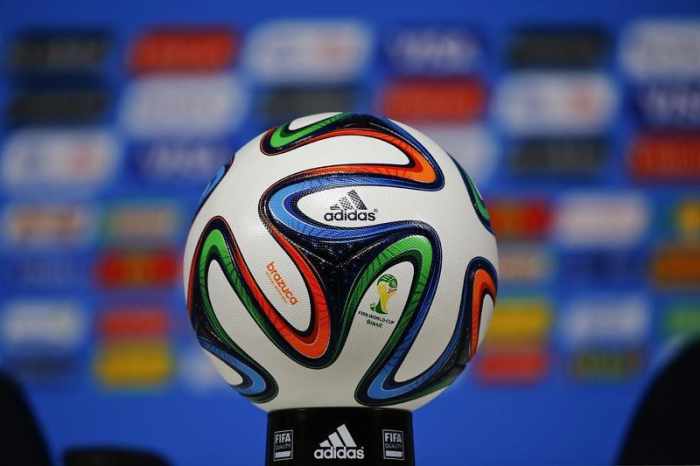 PHUKET: In a bid to live up to its motto of “Bringing happiness back to Thai people”, the junta yesterday managed to pull off a deal for the live telecast of all World Cup 2014 matches on free TV, which will bring joy to 22 million households.

TV5 will televise 38 matches on top of 22 live matches on Channel 7 under a contract between RS and Channel 7, a junta source said.

NBTC secretary-general Thakorn Tantasit said the NCPO was concerned that all Thais should be able to watch the matches live and his agency had been tasked with finding a way out of the situation after the Supreme Administrative Court yesterday rejected the NBTC’s appeal against a Central Administrative Court ruling backing RS. The watchdog yesterday called an urgent meeting with RS’s high-ranking executives to explore the possibility of enabling all 22 million households to watch all matches.

A source said RS had sought Bt700 million compensation from the NBTC, claiming the firm will lose the opportunity to sell about 1 million of its set-top boxes for the World Cup. RS has already sold 300,000 boxes.

The NBTC is looking at the possibility of tapping into the Research and Development Fund for Broadcasting and Telecommunications Services to compensate RS, but it could risk violating its regulation. The fund is valued at more than Bt20 billion.

Thakorn added that RS would propose its remedy plan and state the damage to its business interests in case all 64 live matches were available on free TV. The company also should provide a sub-licence fee for the football matches if other TV broadcasters wanted to be co-broadcasters. To expand the number of broadcasting channels showing all matches live, the NBTC’s broadcasting committee might invite and brainstorm with other digital terrestrial TV operators today.

The broadcasting committee will also meet the committee of the Research and Development Fund today to seek subsidy allocation from this fund. The decision will be announced today.

Supinya Klangnarong, an NBTC commissioner, disagreed with the idea of spending money from the R&D fund to pay for the World Cup telecast rights without careful consideration.

“It is public money. It’s not that we have money and wake up one day and spend money to buy anything [we want]. Unless we spend it for disaster cause,” she tweeted.

Social-media users yesterday also voiced their disagreement. They said the NBTC should not use taxpayers’ money to pay RS for the telecast rights.

The Supreme Administrative Court yesterday ruled that RS’ subsidiary, RS International Broadcasting and Sport Management, was protected by the copyright law as the holder of the broadcast rights.

Yesterday’s verdict had meant RS would be bound to telecast only 22 of 64 live matches on free TV.

Gun-toting Aussie re-arrested with drugs while on bail