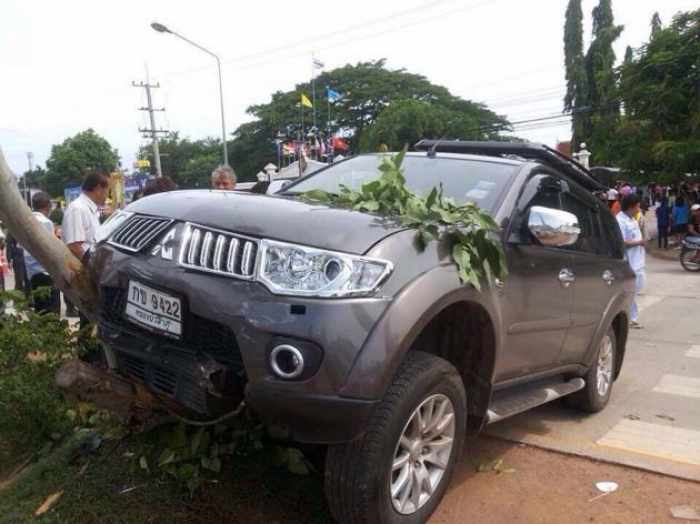 PHUKET: Four primary-school students were killed and at least 10 others wounded in Nong Bua Lamphu’s Muang district after a former school director slammed into them with his car while suffering an epileptic seizure behind the wheel.

Police said the accident happened at 9.20am as students from different schools were walking into the Nong Bua Lampu Pitthaya School to participate in an event for World Science Day, which wraps up tomorrow.

Wang Nam Khao Rachupratham School’s former director Bualum Ngobudrada was driving his Mitsubishi Pajero out of the school just as the students were walking towards the school compound, when he suffered a seizure and lost control of his car.

The car rammed into the students, killing four instantly, while at least 10 others were severely injured and taken to Nong Bua Lamphu Hospital. The deceased, all Prathom 4 students, were identified as Kraisorn Chanta-usa, Wilawan Upra, Sujitra At-wichai and Kwancheewa Yingyong.

The car also crashed into three other parked vehicles at the scene.

Initial police investigation showed that Bualum, who is currently under police detention, needs to take medicine continuously for epileptic seizures, and had reportedly been involved in several car accidents before. Normally he is driven to school, but on that fateful day, he chose to drive on his own.