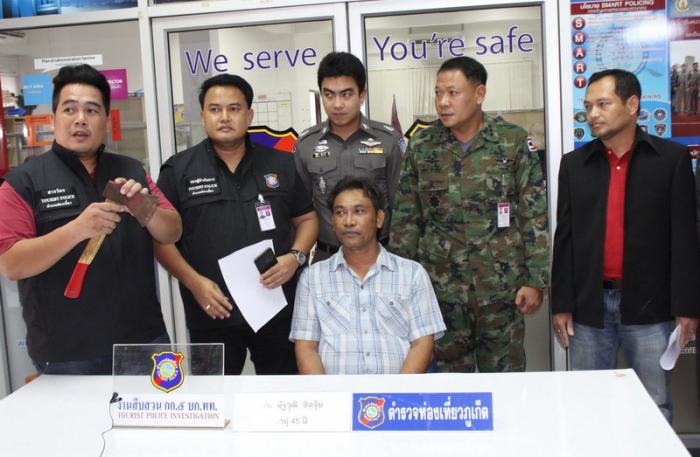 PHUKET: An axe-wielding taxi driver was arrested hours after a video of him at Phuket International Airport was published on Facebook on Saturday.

“The video, uploaded by Woratat Wuttikorn, shows 45-year-old Nuttawut Chidjui waving the axe before putting it back in the vehicle,” confirmed Deputy Superintendent Lt Col Bundit Khaosutham of the Tourist Police Region 5. 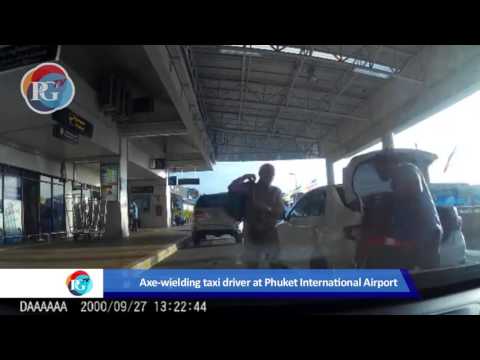 This rude taxi driver makes sure no one complains about his lack of parking abilities by brandishing a hatchet he keeps under his passenger seat. Video: PGTV/Woratat Wuttikorn

Mr Woratat was dropping his family at the airport when Mr Nuttawut’s taxi reportedly blocked his car.
Mr Woratat subsequently filed a complaint at the Sakoo Police Station.

“The video portrays a negative image for Phuket tourism. We followed strict orders to catch the driver as soon as possible,” said Lt Col Bundit.

Mr Nuttawut admitted that it was him in the video, but said he didn’t mean to threaten anyone.

“I was helping a friend move to a new house earlier and forgot to put the axe away,” he said.

“His licence suspension was reduced from six months to three after he pleaded guilty.”

The Tourist Police also charged Mr Nuttawut with carrying a weapon in public without a reasonable cause.