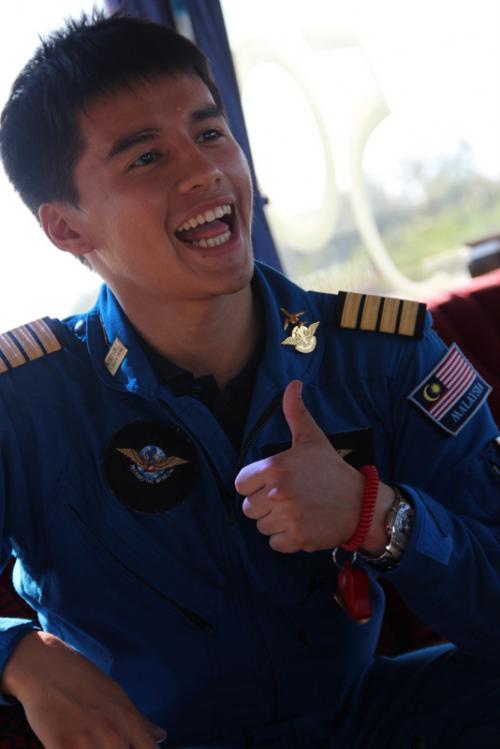 Capt Tan arrived in Phuket yesterday and attended a party in his honor at the Dewa Phuket Beach Resort in Nai Yang last night, hosted by Tourism Malaysia, which sponsored his epic journey under the banner “Malaysia Around the World”.

At 21 years old, Capt Tan has become the youngest person to fly solo around the world, completing a journey of more than 22,000 nautical miles in 50 days.

The previous record holder, Carlo Schmid of Switzerland, was 22 when he completed his solo circumnavigation last year.

After taking off from Subang Airport in Kuala Lumpur on March 26, the young Malaysian travelled to all six continents around the globe. His first stop was Bangkok, before he flew on to Vietnam, Taiwan, Japan, Russia, Canada, the USA, Europe, the Middle East, India and back to Phuket, making Thailand the only country he visited twice.

“I started learning to fly when I was 18,” Capt Tan told the Phuket Gazette during his stopover last night.

He also shared the most challenging moment during his record flight, when he was grounded by ice.

“It was minus 20 degrees celsius. My aircraft was frozen. So I pulled myself together and tried everything I could think of and I finally got the engine started,” he said.

“It was luck. Luck is very important,” he laughed.

Asked which country he was determined to revisit, Capt Tan said: “Of course, Thailand.”