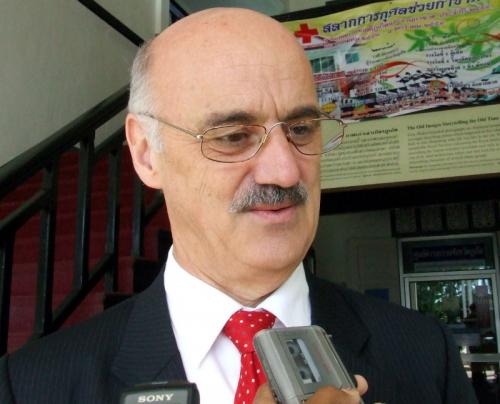 PHUKET: A decision on whether or not to open an Australian consulate in Phuket is expected to be made within a month, Australian Honorary Consul Larry Cunningham told the Phuket Gazette this morning.

“We have more deaths in Phuket than we have in Bali. We certainly need extra staffing,” he said.

“We spoke for a long time yesterday but did not finalize anything. I think [a decision will be made] probably within a month,” he said.

In addition to Mr Cunningham providing assistance to Australian travellers in distress, as he has done for the past decade, a new consulate would also process visas and passports, which currently can be done only by the embassy in Bangkok.

“I would do passports, passport renewals and children’s passports,” Mr Cunningham said.

“We think the tourist court is a very good idea,” he said.