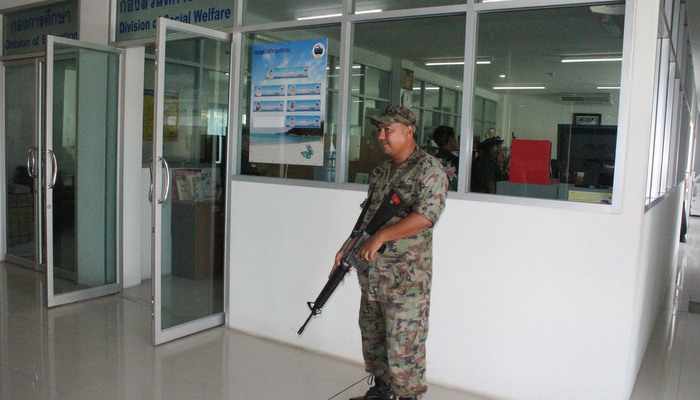 PHUKET: The investigating officers who raided the primary office of Karon Mayor Tawee Thongcham at the Kata-Karon Municipality building yesterday are keeping quiet about their progress in the case.

About 50 officers raided the municipality building to search for evidence of the popular tourist town’s mayor and handpicked deputy mayors’ involvement in the Phuket taxi mafia (story here).

“We have seized a list of names of local taxi drivers who will be investigated for possible involvement in money laundering,” said Chanchai Pongpassorn, Director of AMLO’s Special Task Bureau.

Mr Chanchai declined to elaborate further about the list, but added, “Anyone found involved in money laundering will be prosecuted and their properties may be seized. Any further information will be released when it becomes available.”

Maj Gen Paween Pongsirin of the Region 8 Police, who is spearheading the cleanup of Phuket’s notorious taxi cartels, revealed on June 19 that AMLO had been called in to assist in the investigation (story here).

“All we can reveal at this stage is that we have evidence that may used in prosecuting people for money laundering,” Gen Paween told the Phuket Gazette.

“Please give us some time. We have come this far, and will continue with our investigation.”