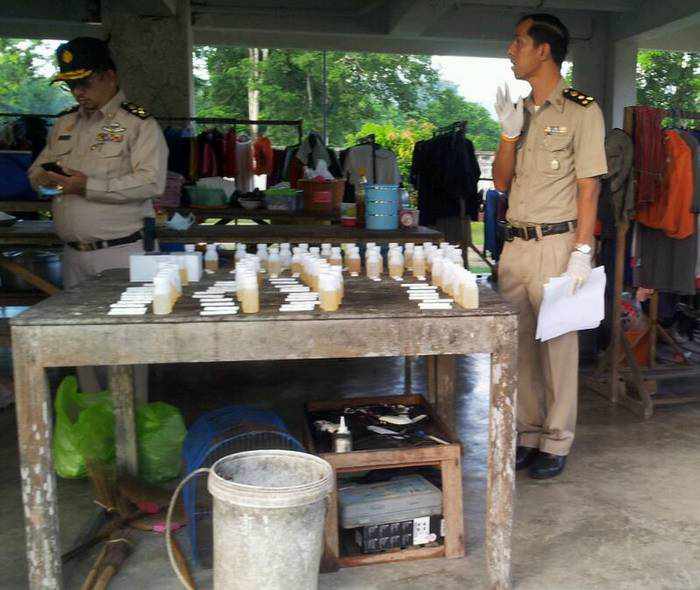 PHUKET: An early morning raid of Bang Jo Prison turned up no drugs or contraband today.

More than 90 officers, led by Phuket Prison Chief Rapin Nichanon, began the search at 5:30am.

Each of the 68 inmates was searched, as were their lockers, sleeping quarters, the infirmary and other areas where officers believed contraband could be hidden.

“The facility was drug-free, and we found no mobile phones or other banned items,” said Chief Rapin.

“All the inmates were tested for drugs. None of them tested positive.”

“The inmates had no idea the inspection was going to happen. We are definitely happy with the results,” he added.

A similar inspection of Phuket Prison’s 2,870 male and female inmates on June 9 also failed to uncover any drugs or contraband (story here). Of the 300 inmates randomly selected for drug testing there, none tested positive, allowing the facility to maintain the “White Prison” ranking it has had since May 2012 (story here).

Phuket’s main prison, though drug-free, remains severely overcrowded. Built for 800 inmates, it now contains nearly 3,000. Construction of a new facility is slated for next year at the Bang Jo location in Thalang (story here).