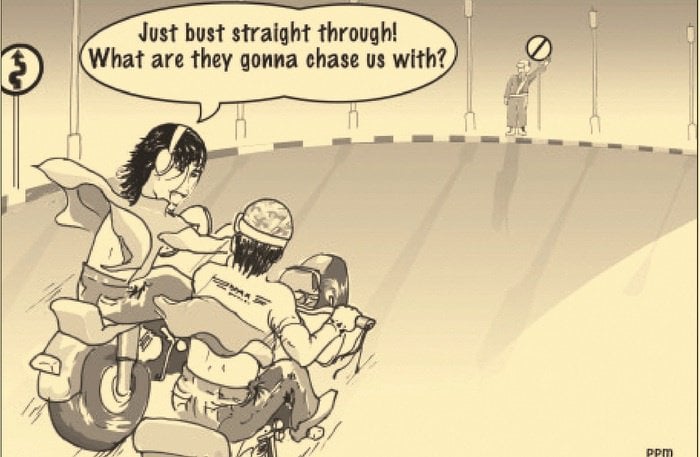 PHUKET: With a 2-billion-baht investment, there would be 150 condo units, 45 villas, and a marina with a berth for 30 boats – not a terribly exciting point for a page one story… so was news slow coming into July 23, 2005? No.

The twist, and there was a twist, to the project that eventually represented the potential for the largest Korean investment on the island as of 2007 (before it was again sold out): a west-coast marina.

There is a reason that the east coast of Phuket has picked up speed over the last decade as marine industry appears to be at the tipping point of a boom with Boat Lagoon Marina, Royal Phuket Marina (RPM), Yacht Haven and Ao Po Grand Marina all situated on the leeward side of the island, even with the battering of the southwest monsoon season.

“Exposure to the wind and waves of the southwest monsoon makes much of the west coast unsuitable for marinas for half the year, but the entrance to Layan Marina [which remains unfinished] is sheltered by nearby Koh Tha,” Anongnat Sartpisut of the Gazette reported a decade ago.

What happened then? Well, that one requires a bit more research, but the marina found its way into the Gazette again in 2013 as property guru and long-time Gazette columnist Bill Barnett noted, “speculations that the plans for the Layan Marina project might be brought to the ground again, given the property traded hands some 18 months ago”.

With Boat Lagoon Marina and RPM both ramping up their efforts to create a vibrant luxury-lifestyle scene on the east coast – see Lighthouse Weekend Market and #destinationRPM – the function of a small marina on the west coast of Phuket seems a bit off kilter.

To boost the east coast’s claim, gang signs and all, to the marine industry, there have been serious developments by Yacht Haven to cater to what is expected to be a windfall of opportunity as legislation is pushed through to supply special regulations for superyachts and their crews.

Aside from page one, what else was happening on the island?

The police were hitting the public up for donations – not resorting to extortion – to help the force buy ‘badly-needed’ police vehicles; the island’s position in the world allegedly moved an entire 27 centimeters due to a December earthquake, so most hungover expats who were not quick to learn were walking into door frames and walls, as they moved through life like zombies; and it was also announced that the tsunami alarms would be connected via satellites to the Nonthaburi-based National Disaster Warning Center (NDWC) – high-tech stuff for ten years ago.

If you’ve been here long enough, you already know the disheartening issues that arose from the early days of the system. If you don’t, well, stick around and we’ll get there when we look back again in ‘A Decade Ago’.