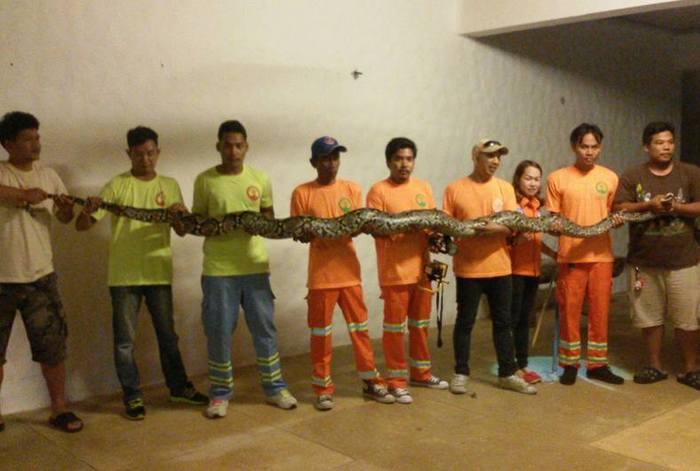 “It took five members of our team about an hour and a half to catch the 90-kilogram snake,” said Phuket Ruamjai Rescue Foundation Chief Saiyan Thamaphan.

Hotel employees called on rescue workers to help, fearing that the enormous reptile might make its way into the the hotel building.

Rescue workers declined to state the name of the hotel.

The snake was brought back to the foundation before it was released in the Nakkerd Hills.