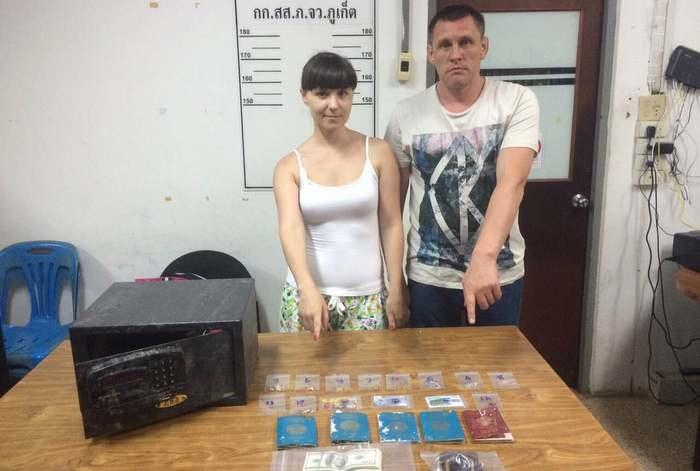 PHUKET: Police arrested a man who broke into a foreigner’s safe and stole more than 2mn baht’s worth of valuables, including US$12,000 cash and numerous pieces of jewellery, in Phuket on November 26.

Maitree Suebviset, 22, was arrested on Thursday and confessed to stealing about 2.4mn baht invaluables and cash, as well as passports and credit cards, from the family home of Kazakhstan national Anastassiya Zakhapenkova, 31.

“After Ms Zakhapenkova reported the incident, we were able to track down CCTV images of the crime, identify the suspect and make the arrest,” said Lt Col Thamsan Boonsong of the Chalong Police. “We put a lot of pressure on the suspect and his family as we hunted him down. Finally, he handed himself in.”

Mr Maitree confessed to police that he had robbed the Wichit home of Ms Zakhapenkova, as well as the home of Wichit resident Jantana Sooksawan, who reported about 40,000 baht worth of jewellery as stolen.

“Mr Maitree confessed to robbing the houses in order to fund his ya ice [crystal methamphetamine] habit,” Col Thamsan said.

After confirming that Mr Maitree was recently on drugs via a urine test, police tracked down the two men who sold him the drugs.

Mr Veerachote and Mr Chakeerin were charged with possession of a Category 1 drug with intent to sell, while Mr Maitree, who had already served a sentence when he was 17 years old for stealing, was charged with theft.