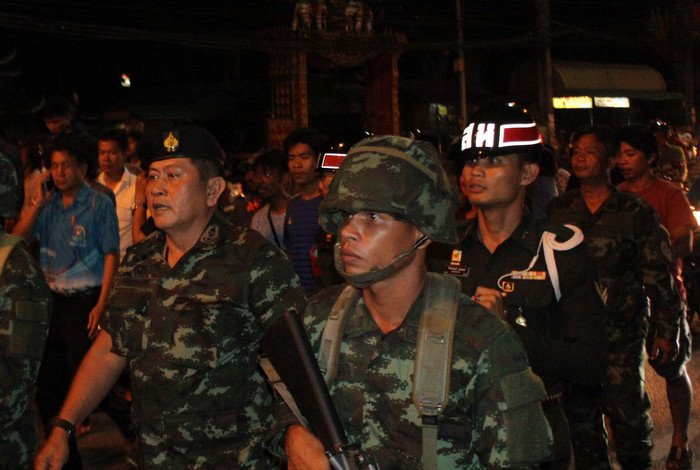 PHUKET: A total of 33 arrest warrants have been issued for alleged instigators of the Thalang Police Station riot, which saw more than 20 police officers injured and more than 6 million baht in damages done.

Early on in the investigation Provincial Police Commander Patchara Boonyasit confirmed that police had photographic and videographic evidence showing suspects stirring the mob into a violent frenzy.

“Most of them are local teenagers living in Baan Don who are involved with drugs or other criminal activity. They have criminal records,” Maj Gen Patchara said at the time. “I think the serious rioting was not about the deaths of the two men, but were revenge attacks by the teenagers.”

Though police identified at least nine suspects early on in their investigation, they have delayed seeking arrest warrants until now (story here).