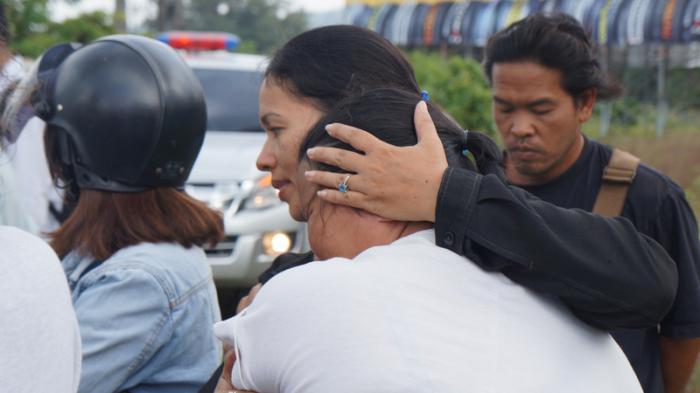 PHUKET: A 10-year-old girl is unresponsive and on life support at Vachira Phuket Hospital after a motorbike accident on Thepkrasattri Road in Koh Kaew on Thursday.

Rattanawadee Tukthin was returning home from Big C on a motorbike driven by her sister, Anjira Tukthin, 17, when the pair crashed into a utility pole.

“Ms Anjira is recovering in hospital after receiving treatment for wounds on her face and her arm. However, we have informed the family that they may have to prepare for the death of Nong Rattanawadee,” a Vachira Hospital staffer said yesterday.

Following the sisters back from Big C on another motorbike was the girls’ mother, along with their other sister and Ms Anjira’s son.

“My daughter was not riding fast. However, I wasn’t close enough to see what happened. When I passed the accident, I saw my two daughters on the ground,” said Anyanee Wanna. “I was in shock… I don’t remember anything outside of seeing rescue workers giving CPR to my little one.”

Ms Anjira was conscious after the accident.

“My face hurts. I can’t lift my right arm and my leg hurts,” she told the Phuket Gazette at the scene.

Only one helmet was found at the crash site, confirmed a Kusoldharm Rescue worker.