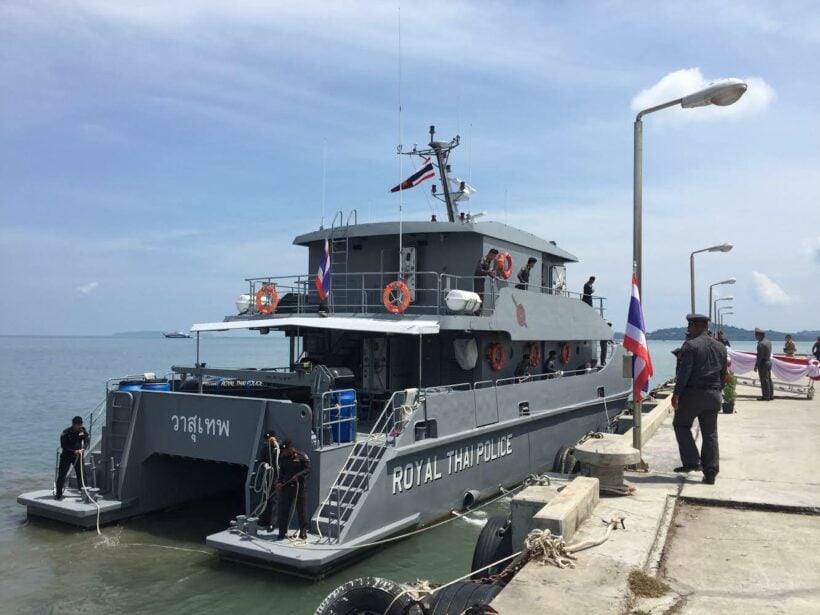 Phuket Governor, Norapat Plodthong, chaired a ceremony to welcome the new addition at Rassada Pier after the boat arrived in Phuket from Surat Thani. The catamaran is constructed of aluminum to Lloyd specifications.

It is just over 18 metres in length and 7.3 metres on the beam (width). The new vessel can reach speeds of up to 30 knots but has a normal operating speed of around 20 knots which will allow it to patrol approximately 400 nautical miles on one tank of fuel. 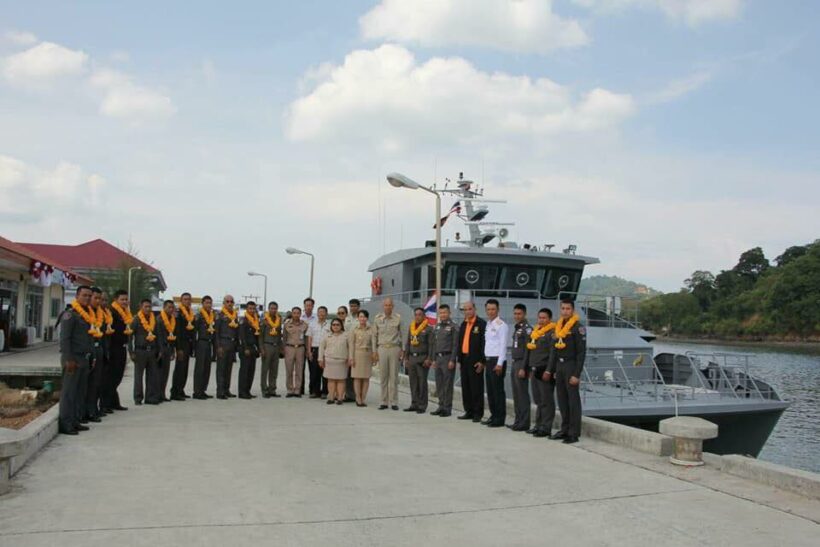 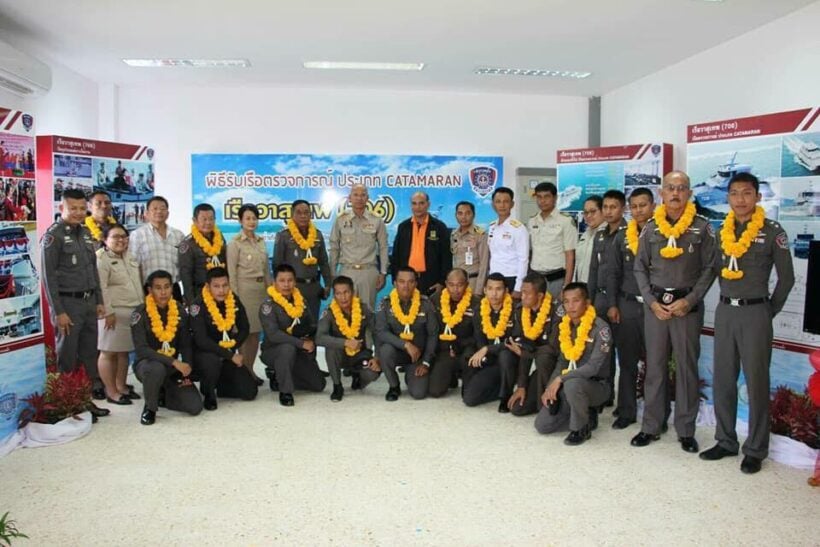