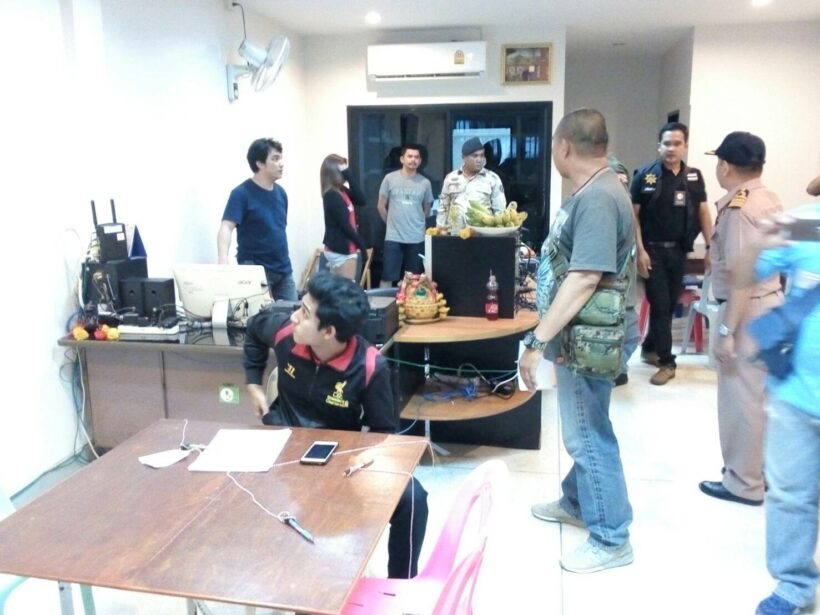 A house in Soi Patchanee – Bangcheelao in Rassdada Sub-District was searched by police and military officers once they discovered it was used as a football gambling den over the weekend.

On the ground floor police found the area for customers to write down their bet on the printed forms and the computers used to record the bets. Police say it was quite an elaborate set up with its computerisation of betting.

Three gamblers including 41 year old Apirak (no last name mentioned), 23 year old Siriporn Boonma and 33 year old Sarawut Songkua, were also arrested at the scene. They were all brought to Muang Phuket Police Station and charged over football gambling.