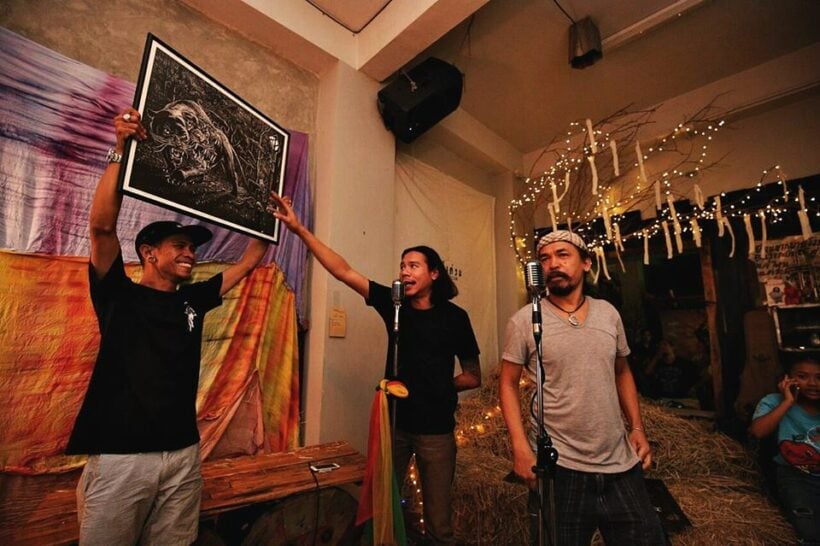 Graffiti in Thailand has so far been an instrument to denounce social injustice following the murder of the protected black panther, and Phuket is another location where this street art is being expressed.

A local Phuket group has painted their thoughts on the walls in the heart of old Phuket Town.

The Italian-Thai Development President Premchai Karnasuta was arrested for hunting the protected animal. The jungle camp he stayed with his accomplices was littered with carcasses of several slaughtered protected animals, which included a black panther, Khalij pheasant and barking deer. However, the business man denied all charges, including the accusation that he killed the black panther.

He said “I believe I am innocent. I am sorry for tiring you reporters, I am sorry that the society has viewed me in this light. I can’t talk much because it concerns the case. But I reiterate my innocence,” said Mr Premchai. 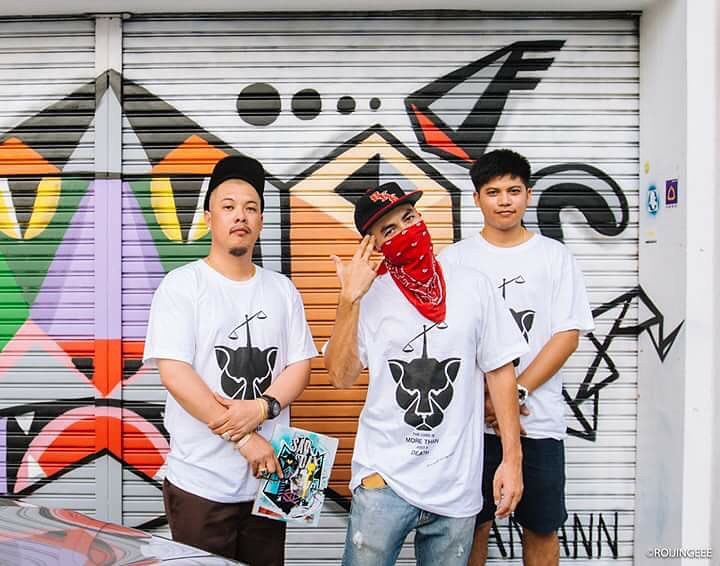 There has been so many street art, especially in Bangkok, that expresses the anger rising against what’s seen as unfair justice, favoring the wealthy business people.

That street art was made in several locations, including abandoned walls, bus stops and on Italian-Thai Development signs at its construction sights.

The walls and gate of an art gallery in the heart of Old Phuket Town, “Drawing Room Phuket”, has also been covered with the black panther street art while the case is still awaiting a hearing in the Thai courts.

Agradeth ‘Amann’ Tanhemnayoo, the head of the team who is a professional graffiti artist, says that he and his friends agreed to spray the black panther art there because they believe that money can buy justice in Thailand and they want to make a protest about the issue.

“I’m glad to be a part of this activity to express our thoughts about the injustice. No matter if this piece will be famous or not, I’m happy to be a part of the this. It was great. There were some other young people in town that joined us during the activity as well,” said Amann.

“At the beginning, we were not sure if we could finish it but, in the end, it was well done.”

“This case about the black panther shows us that, in the end, the poor will go to jail and the rich people can buy freedom with their money. No matter poor or rich, you have to have responsibility for what you have done.”

“It’s funny [that graffiti has become something that officials would monitor and suppress] but the real crime like hunting protected animal isn’t something urgent to suppress.”

After the street art session the crew also continued with a charity night event at Seng Duan Bar. The event featured artworks, an exhibition and auctions, where the money raised was donated to Seub Nakhasathien Foundation.

The team will continue their activity on the black panther case, hoping for justice when the case goes to court. They’ve also  created a T-shirt featuring a black panther face with the justice ‘balance’ icon saying ‘The loss is more than just a death’. 100% of the income from the sale of these shirts will be donated to the Seub Nakhasathien Foundation as well. 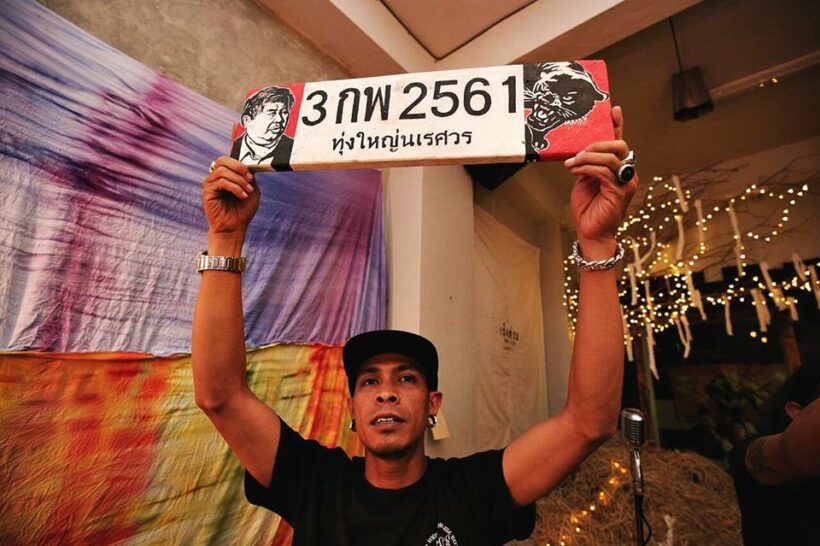 For online order, contact them through Instagram @kkstadiumgoods or Facebook Fanpage facebook.com/HLOYJINGNGEA/ and m.facebook.com/KKStadiumgoods/ to buy the shirt if you wish to support the activities of the group.

Had any problems registering your drone in Thailand?

Co-ordinated attacks across the South today