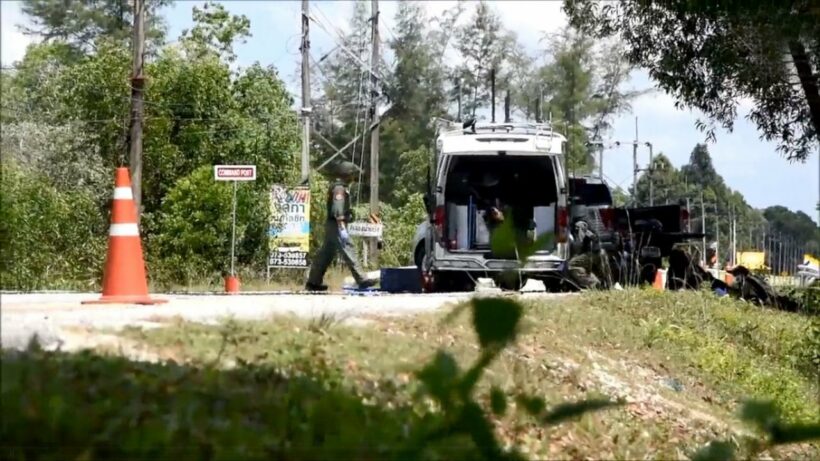 Suspected ethnic Malay insurgents bombed power poles and burned tyres on the roads of five districts of Narathiwat early on Friday, police said. This follows a similar attack this morning in Yala where mobile phone towers were torched along with the same burning of tyres on main roads.

The perpetrators also hung cloth banners criticising the Thai government. Police say two power poles were broken by two homemade bombs on the Tak Bai-Narathiwat road in Moo 5 village in Tambon Praiwan of Tak Bai district. Police found a third homemade bomb, which had not yet exploded, attached to another pole and disposed of it with a water cannon.

The insurgents also hung two banners on each side of the road, alleging that the Thai government or “Siam” was stealing resources of the “State of Pattani” and was using development projects as an excuse to occupy it forever.

Police say the explosions occurred at about 4am in Takbai, which was nearly at the same time as similar incidents in Bacho, Rusoh, Sugnai Kolok and and Sungai Padi districts.

In Sungai Kolok, right on the Malaysian border, tyres were burned on the Monoh-Sugnai Kolok road in Moo 3 village in Tambon Pasemus. The southern border province of Yala also saw two cellular towers torched by suspected ethnic Malay insurgents, along with simultaneous lighting of tyres in eight different locales. Banners were also hung in several locations in the province. 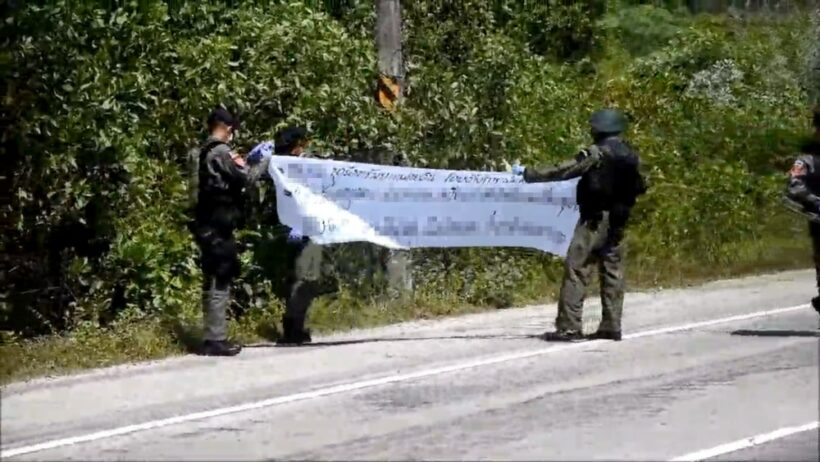 Cap seals being phased out