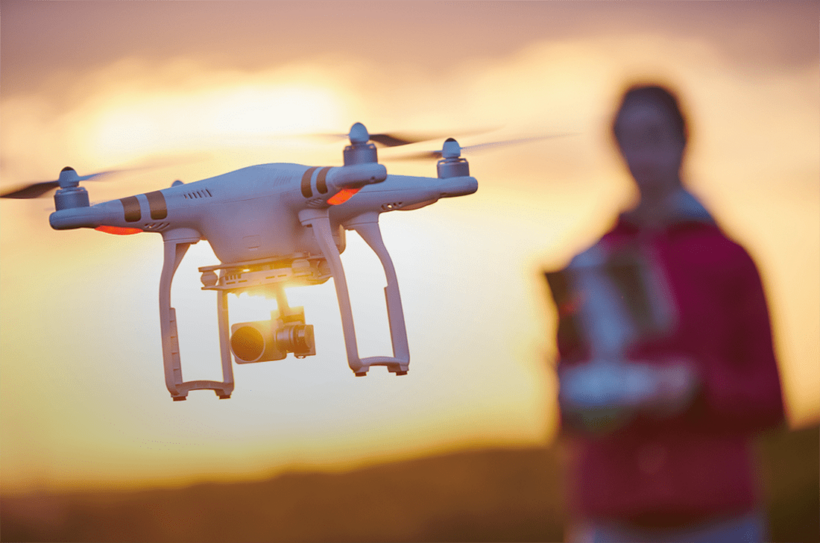 Over the past few years the sight, and sound, of Chinese-made drones flying overhead has become commonplace, if not sometime annoying. Several times I’ve been struggling to hear the wedding vows, or even the celebrant, at marriage ceremonies with the high-pitched buzz of the wedding videographer’s drone whizzing overhead.

They do provide astonishing shots for a cheap price. But I suspect half of the ones bought have either malfunctioned – crashed or flown away – or sit in the back of wardrobe after the initial wow factor wears off.

Then the Royal Thai Government, like other governments around the world, figured they needed to regulate these new toys with laws and registration. You can read about drone registration HERE.

For some, particularly non-Thai speakers, the registration process has been tedious, Many haven’t had problems but many others have.

“After several back and forth conversations with CAAT in October 2017 about the requirements I finally submitted my official application to CAAT in writing on November 21st 2017.

We have had several follow up emails and still nearly 6 months later we are still waiting for registration confirmation so I can fly my Mavic Pro toy drone. I am sure many other people must be in the same position.” (Name withheld at the request of the writer)

And they are. We’ve called around five other videographers we know who regularly fly drones as part of their work and only one has successfully completed the registration process. The other four have tried but given up with a lack of communication or follow up from authorities.

Is your drone registered? Did you have any problems registering your drone? Have you been asked to show police of officials paperwork when flying your drone?