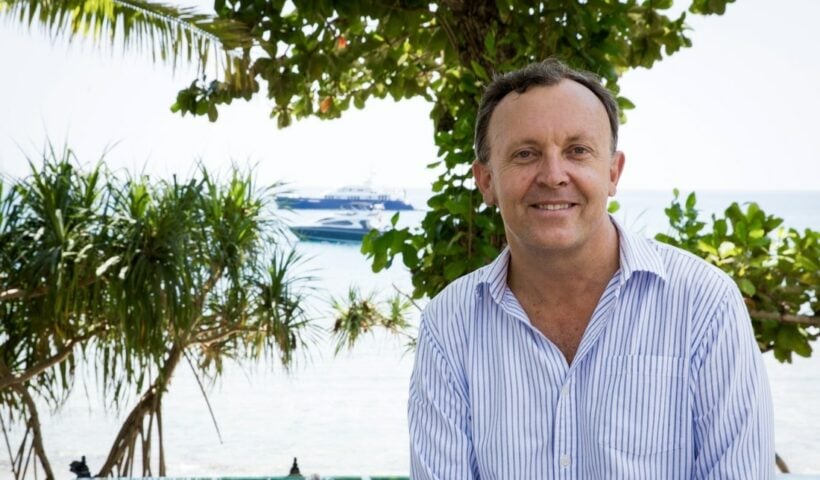 The Phuket Hotels Association is expecting the number of international direct passenger arrivals at Phuket International Airport for the high season of 2017 to 2018 to increase by between 5 per cent and 7 per cent year year-on-year. This, according to Association President Anthony Lark.

The latest figures show that from January to April this year, the number of international direct passenger arrivals at Phuket airport was 1,690,890 – up 5 per cent over the same period last year, according to data from Airports of Thailand and C9 Hotelworks.

Russia presents a remarkable recovery story, leading to an expectation that this coming season would see even stronger numbers, says Anthony, who is also Managing Director and General Manager of Trisara Hotel in Phuket.

Anthony says that over the Christmas and New Year’s periods, the hoteliers estimate their Phuket properties will run fully booked in most cases. It is anticipated that there will be 2,278 new rooms added to supply on the island in 2017, according to C9 Hotelworks market data, which is under 3 per cent of the existing supply. It indicates that the demand is still outpacing supply in the market.

“By year end of 2017, there will be 16 new hotels coming to the Phuket market,” Anthony said. “Looking forward in 2018, six new hotels are forecast to open.” 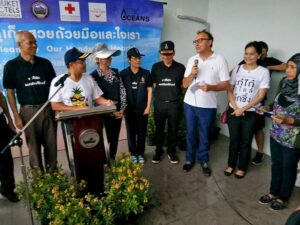 When asked about the challenges that Association members have experienced, he replied: ”The environmental challenges are always important to address, and the hotel members with our 20,000 staff are committed to reducing plastic in many ways, especially via education and training, plus our joining with the Phuket Governor on his environฌmental leadership.”

The industry is for now focusing on beach cleanups. The association’s “sustainability working group” on September 16 launched an islandwide initiative, “Hearts with Hands, Keep Phuket Clean”. The beach cleanup event is supported by the local government, along with the Tourism Authority of Thailand – and member hotels, of course.

Anthony says that the Association’s focus is on three main areas: Phuket branding, local education and environmental protection. By cleaning up Phuket’s beaches, it is promoting Phuket as a global beach-destination brand. The Association is also educating local communities, tourists and island businesses on the need to take care of the island’s natural assets and preserve the environmental health of the oceans.

The hospitality industry is also a good fit for the government’s efforts to promote transition to the digital 4.0 era, he says.

“The hotel industry is always innovating to stay up to date with technology, and many of the member hotels are undergoing major upgrades and renovations to ensure they are relevant, in addition to educating their staff in many fields, so that they can surprise and delight travellers.”