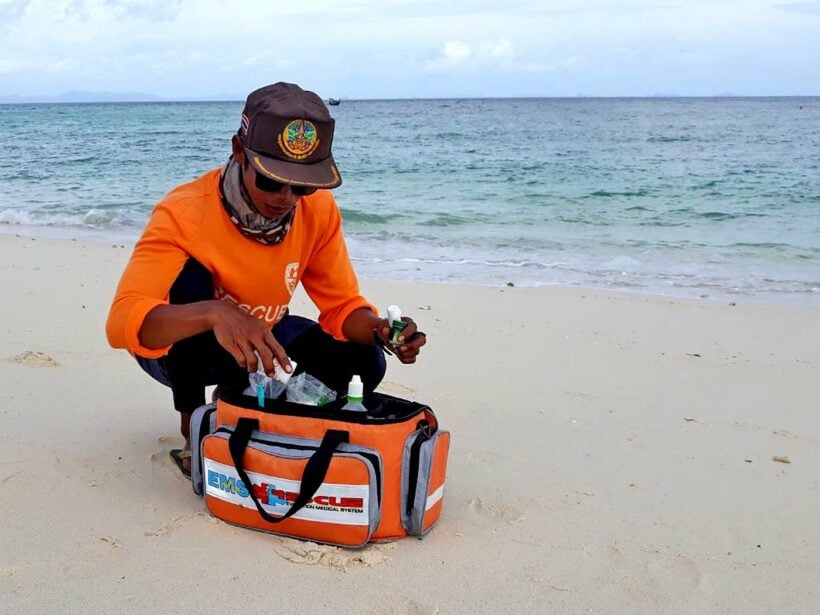 A large number of jelly fish have been found washed up on the shores of Koh Phi Phi.

The chief of Hat Noppharat Thara–Mu Ko Phi Phi National Park warns for swimmers to be aware of the jelly fish around Phi Phi after a lot of them were found washed up on the beaches.

“There is a first aid team stationed in the area already with strict warnings to the beachgoers.”

However, he says that the jelly fish found on the sandy beach is completely natural.

“We’ve had a stormy weather with high tides so the strong waves bring the jelly fish from the deep sea to the shallow water and onshore. There are more jelly fish found this year but it is normal and natural. They will disappear within about one week.”

“To soothe a sting from one of these jelly fish, pour vinegar on the stung area. However, people who have severe allergies need to be sent to hospital urgently. We have put teams on each island to provide this first aid.”

This type of jelly fish is mainly found in Than Bok Khorani National Park and they also get closer to the shores at Maya Bay, Poda Island and Talay Waek in Krabi. Officers have been warning tourists on the island. 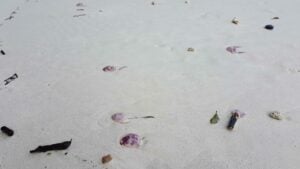