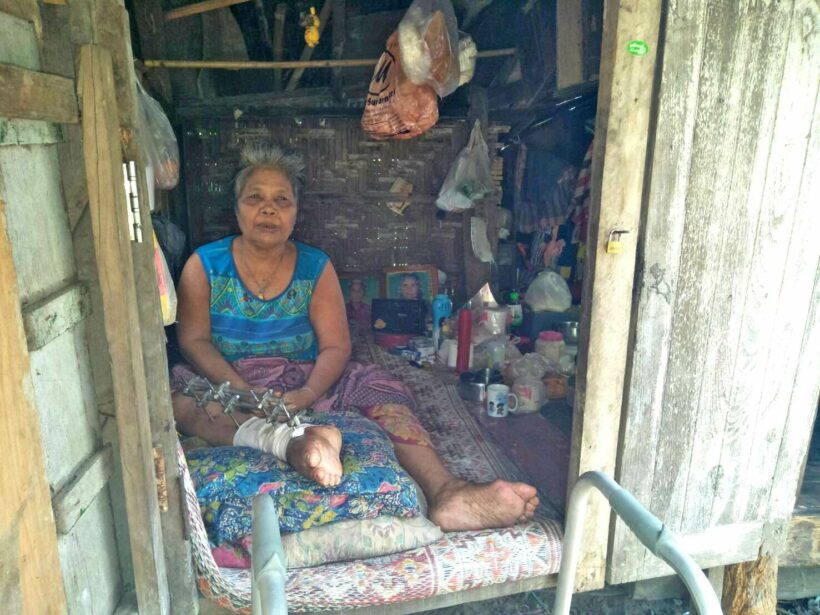 66 year old Jiam Chusuan and 52 year old Prasert Akabut have been found in a small decayed shack in a palm plantation and are in dire need of help. The couple also have about 40 dogs and the lady is disabled from a car crash.

The couple live in a shack on the plantation that belongs to Chalerm Kerdsuk, who allows them to live on his land in the Tubprik sub district.

“I live with my husband on this land by the help of the landlord for about 20 years. We  were daily workers. In the last six months, unfortunately, we had an accident. A car hit us and has neglected to be responsible for anything. The hospital bill was six digits and we were lucky that the chief of Tubprik sub district and the hospital director helped us for this.”

“My husband is recovering from the injury to his foot but I still can’t move due to the injury on my right leg.”

She admitted that the situation got worse since she can’t move. She used to collect vegetables in the ponds to sell them but she cannot do it anymore. The 40 cats and dogs that used to stay with them started to leave because of the hunger.

There are a few neighbours who visit them with some food. Their 6 children have grown up, got jobs and left home.

“The shack doesn’t even have a toilet. They have to defecate in a hole on the ground and cover it up. Since the lady was injured and become disabled, she has to defecate in a container and put in the hole later,” said Somwang Rakgua, sub-district medical practitioner added. 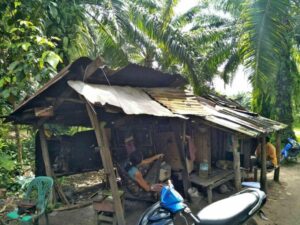 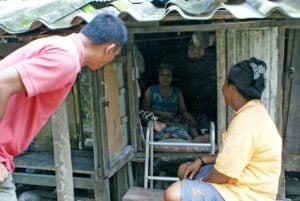 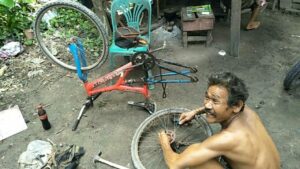 “The couple are also missing from the survey of civil registration. That’s why they have never been supported by the government even though the lady is disabled and counted as an elder (after 60) already.”

The practitioner says that he has consulted with the sub-district chief and the landlord that they should have a small proper house to live in and will open a bank account for donations. The practitioner says that the house requires only 150,000 Baht of donation and the bank account will be closed immediately after the donation reaches this amount.

People who are interested to help can donate to the account number 031-8-38032-5, Kasikorn Bank or check for more information at 086-6841164 (Somwang Rakgua, sub-district medical practitioner).