A Thai man, whose identity is still unknown, was seriously injured in the early hours of this morning after his motorbike hit a road barrier in Pattaya. The incident happened at about 2:30am on the railway road near Wat Tham Samakkhi.

The victim, who police estimate to be about 30 years old, hit the barrier at what appears to have been high speed. Doctors from Bangkok Hospital along with rescue workers from the Sawang Boriboon Foundation, helped get the severely injured and unconscious victim to the hospital.

A witness, 46 year old Thosaphon Sri Kromaraj, says he was driving home with friends when he saw the man lying on the road next to his wrecked motorbike. He immediately called for medical help. 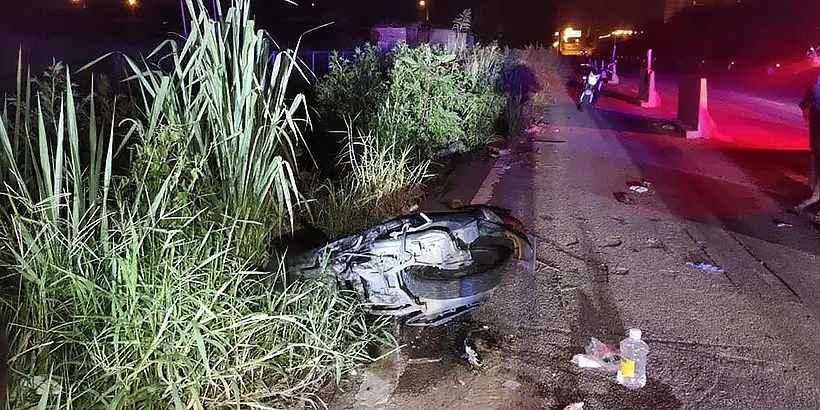 1 killed, another critically injured in Chon Buri 5 car pile up