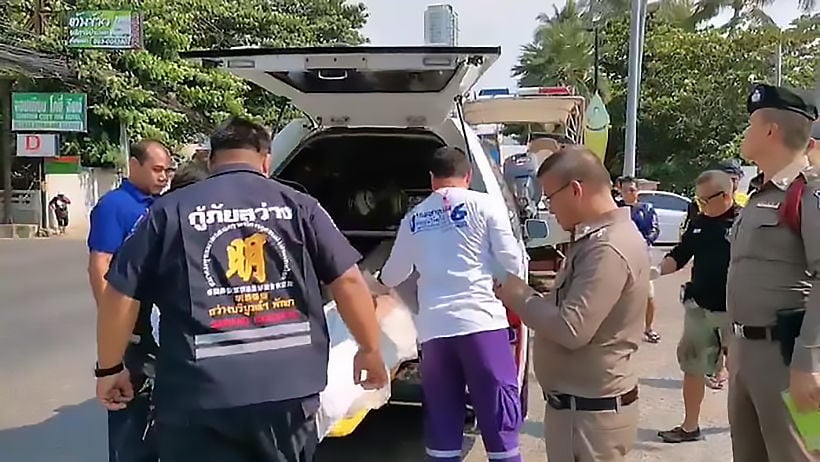 Police, divers and reporters rushed into the sea off Koh Larn Beach in Pattaya Bay. The body of a heavyset male foreigner was found floating 400 meters from shore. Police put his age at around 55.

The body was wearing a gray vest and denim shorts. A large rock weighing about 8 kilograms was tied to the neck, according to local media.

Police say no sign of struggle was found on the body. They believe the man died at least a day or two before the body was found.

Pattaya police are working on identifying the body and the cause of death.