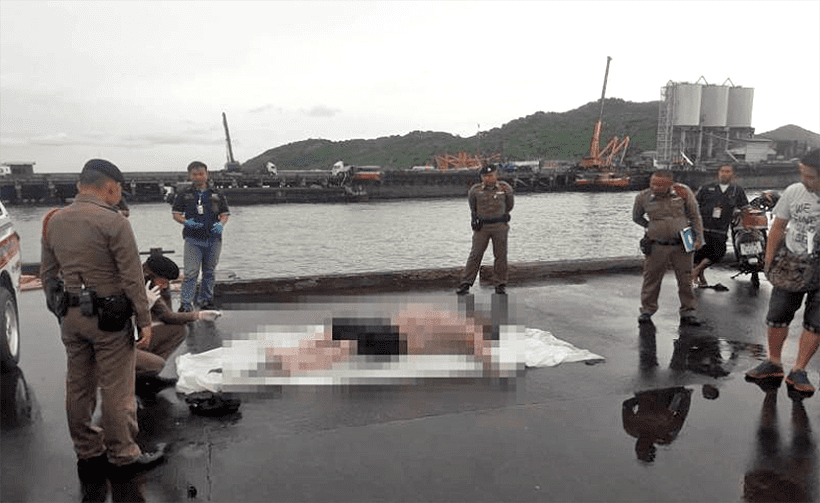 Mystery still surrounds the death of a 46 year old Canadian found by fishermen floating in the sea off the Chonburi coast early yesterday (Wednesday).

Posted by The Thaiger on Tuesday, September 4, 2018

Daily News reports that the victim was wearing trousers and shoes when he was found. Laem Chabang police responded to the call with the Sawang Pratheep Sri Racha emergency response team.

The man’s body was floating 4 kilometres offshore and assessed as having been dead for at least four days.

He has been identified as Jason Williams. Daily News hasn’t reported how the ID was made. Mr Williams was wearing black trousers and black and red canvas shoes.

Police report that there were no injuries on the body. There were two tattoos on the body – a skull on the left wrist and a squid on the right shoulder.

Police say it was not yet possible to say how the victim died though they speculated that drowning looks likely. The Canadian embassy has been informed and relatives are being contacted.

Bangkok cabbie gets surrounded by a gaggle of Pattaya taxi drivers