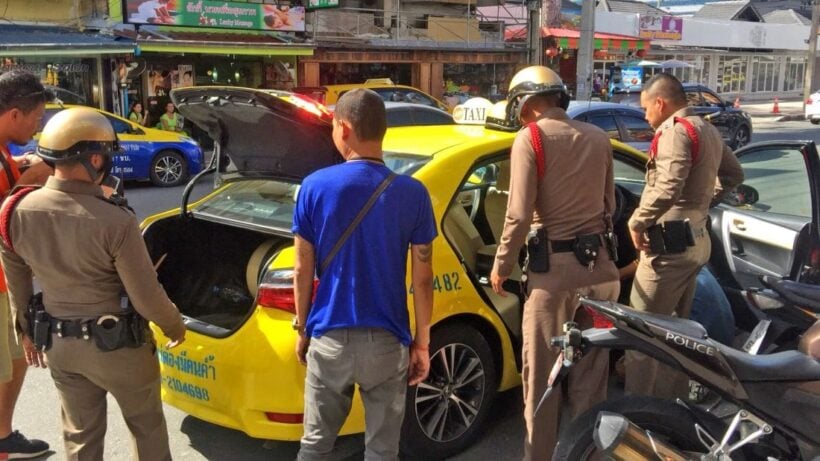 A Bangkok taxi driver had just dropped off his passenger to an address on Prathumnak Hill, Pattaya, when a woman by the side of the road hailed him. 40 year old Thipcharoen Phochanote, the driver, stopped to find out where she wanted to go.

Pattaya News reports that he was then approached by another Pattaya taxi driver who enquired what he was doing on ‘their’ turf. The woman was told not to get into his cab.

Thipcharoen was soon surrounded by a gaggle of Pattaya drivers (other collective nouns for Pattaya taxi drivers can be suggested).

Seeing the situation was about to get out of hand, Thipcharoen threatened them by saying he had a gun in his car. The Pattaya taxi scrum called in the police who set up roadblocks to snare the taxi driver and his ‘gun’.

No gun was found and after a brief conversation and a quick report, the Bangkok driver was allowed to return to the capital without charge.

We’re still unsure if the woman who was trying to get a taxi ever reached her destination.