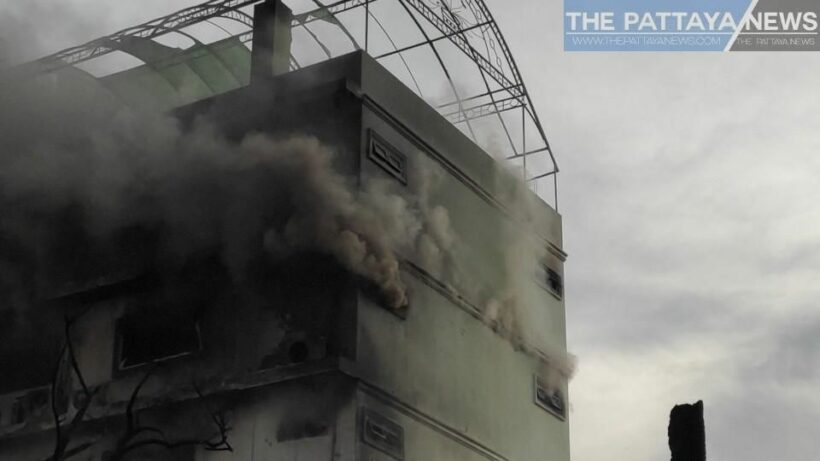 A secondary fire has broken out in the remains of a 6 storey luxury property destroyed in a huge fire in north Pattaya. The original blaze broke out at around 1am on Tuesday morning, gutting the home and an adjacent warehouse used to sell and store antique furniture.

The Pattaya News reports that at around 6.00pm yesterday, smoke could be seen coming from one of the upper floors of the property, with firefighters called to the scene once again. While it took over 6 hours and 10 fire trucks to extinguish the original blaze, firefighters were able to quickly control the second outbreak before it spread any further.

Officials have issued a warning that the building may be structurally unsafe and at risk of collapse. Workers and investigators are not currently permitted to enter until engineers confirm it is safe to do so.

A similar second fire happened at a famous Pattaya tourist attraction in July. Sukhawadee House caught fire, the fire was extinguished in the afternoon, then re-ignited again the next morning.