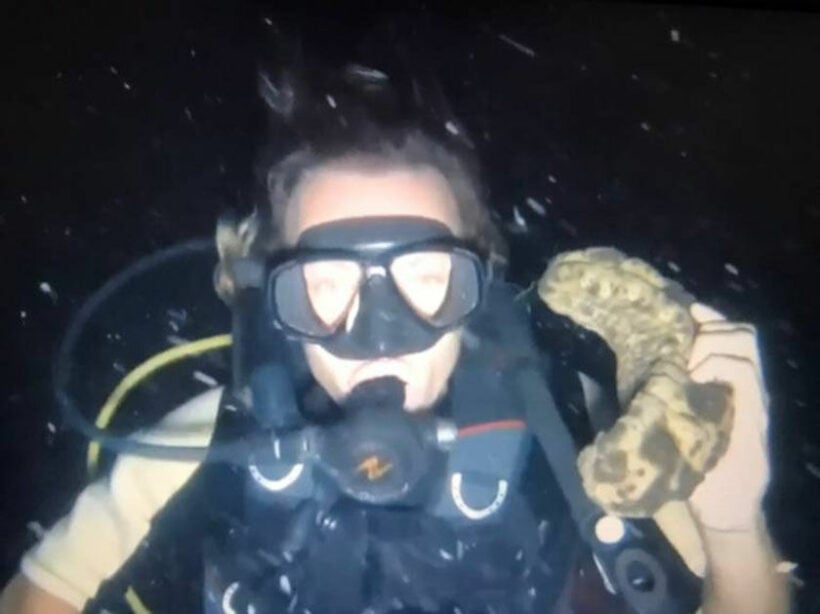 A Dutch man and a Hungarian national are in custody after picking up protected sea creatures while diving off Koh Pha Ngan in the southern province of Surat Thani. Nation Thailand reports that the Hungarian man, named as Attila Ott, is a scuba diving instructor, who owns the Pink Panther Scuba Dive Club on the island. The Dutch man has been named as Francesco Simonetti, who works as a chef at the island’s Il Barracuda restaurant. 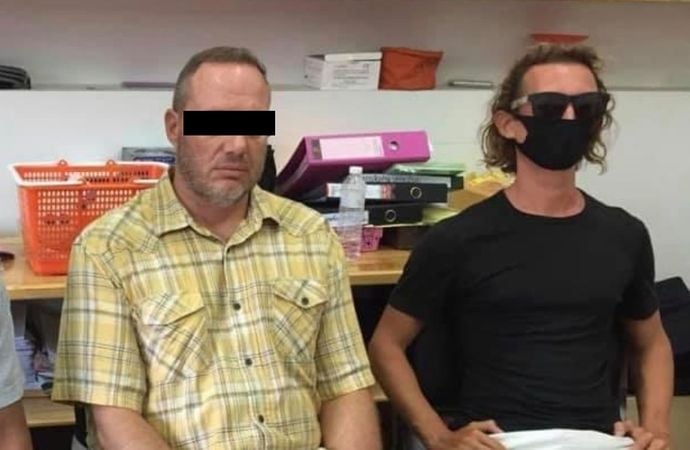 The arrests came after both men posted selfies and videos on the internet that showed them handling the sea creatures, provoking outrage among social media users. It’s understood both men have now admitted the offences, which took place at the Salad Beach area of Koh Pha Ngan, according to Sophon Thongdee of the Department of Marine and Coastal Resources.

“We tracked down the suspects and identified them as Attila Ott, a Hungarian national, and Francesco Simonetti, from the Netherlands. Salad Beach is a protected area, which makes their actions punishable by a maximum fine of 100,000 baht or one-year imprisonment, or both.”

The pair have also been slapped with fines for immigration offences: Simonetti for not notifying a change of address within 24 hours, and Ott’s wife for failing to inform officials within 24 hours that she had a foreigner staying at her property.