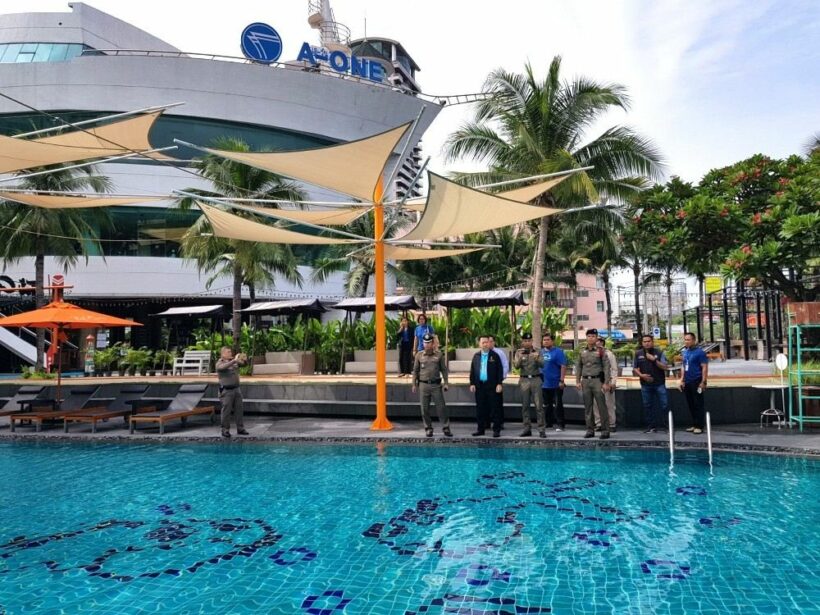 Earlier story from The Thaiger HERE.

On Monday morning, the resort’s police chief and local authority supremo were met by hotel executive Somchai Ratana-ophat, who admitted that the party had taken place at the hotel on Saturday between 3pm and 11pm. It had been organised by foreigners, and 1,000 participants paid between 550 and 1,100 baht a head. Thai female models were hired by the organisers.

Naris Niramaiwong, the district chief, said that the hotel had a valid licence, and that the police would handle the other matters. Pol Colonel Apichai Krobpetch admitted that the participants had all been wearing swimsuits, but the party still constituted an affront to public morals and was obscene. He promised a full investigation and possible action against the organisers, models, tourists, photographers and those who posted a video of the event.

The “Kolour Beachside Party” was well advertised and was the second such event. The Thaiger notes that the poster advertising the event says ‘Singha Presents’ indicating the the Singha Corporation were one of the main sponsors. The Thaiger has a contact number for Singha Corporation when District Chief Naris needs to question the huge Thai food and beverage corporation.

The We Love Pattaya news site on Facebook said the party had utilised state-of-the-art sound and light systems, had experienced deejays in attendance and featured a special stage in the centre of a pool.

Two beachfront pools were used for the party. A video of nearly one-minute duration was still being widely viewed and shared online, said We Love Pattaya. Naris warned people not to hold sex or drug parties in Pattaya.

Thai Visa notes that chief Naris is the man who walked in on an old British tourist in a short-time sex room on Valentine’s Day last year. 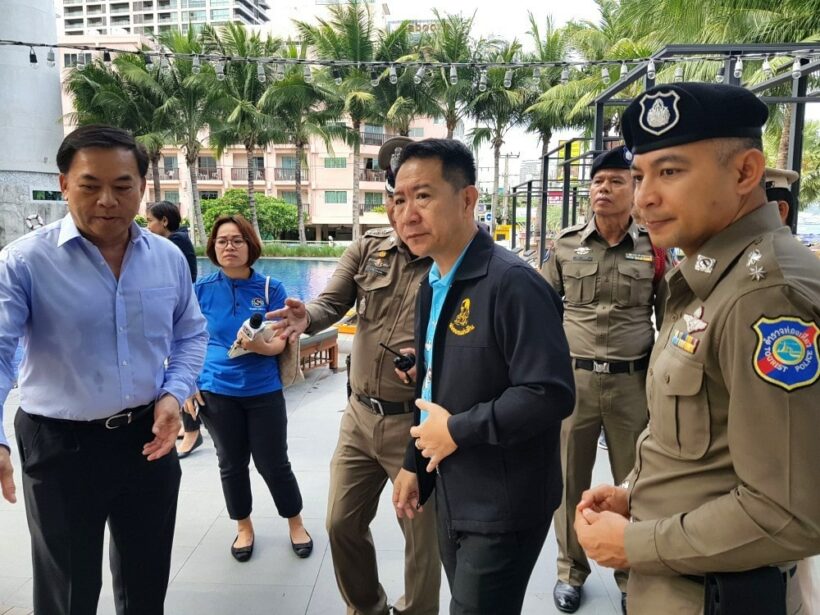