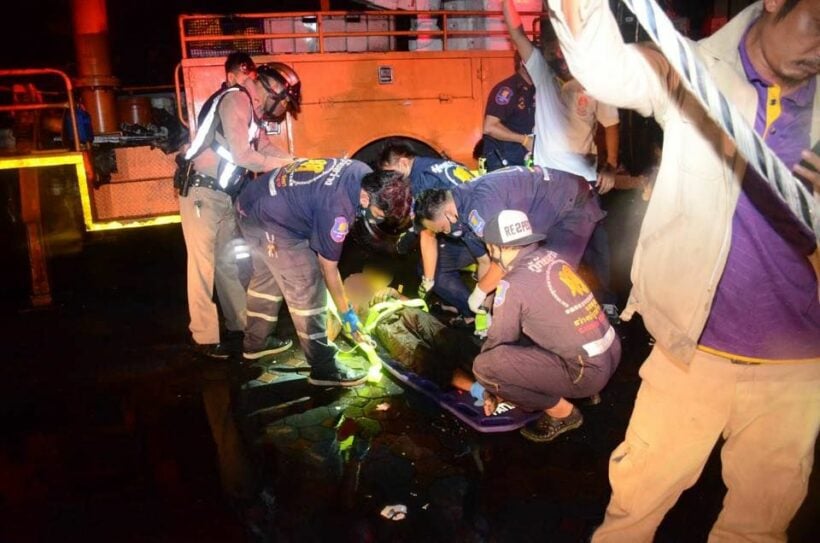 A man in Pattaya was critically inured when he was struck by bolts of electricity from exposed power lines. Pattaya fire services were called after a transformer exploded into flames in the city’s famous Walking Street last night amid heavy storms. But rather than cordoning off and securing the area, they simply cordoned it and left it until morning for electrical authorities to sort things out. Wires were left hanging and exposed.

28 year old witness Panumat says no one thought it was still dangerous, but suddenly he saw a male pedestrian knocked to the ground by a bolt of electricity. The man got up and was struck a second time.

Passerby Sawang Boriboon found the man in a pool of blood as the rain gushed down and sparks flew. Rescue workers gave first aid took him to hospital. His identity and current condition are unknown. 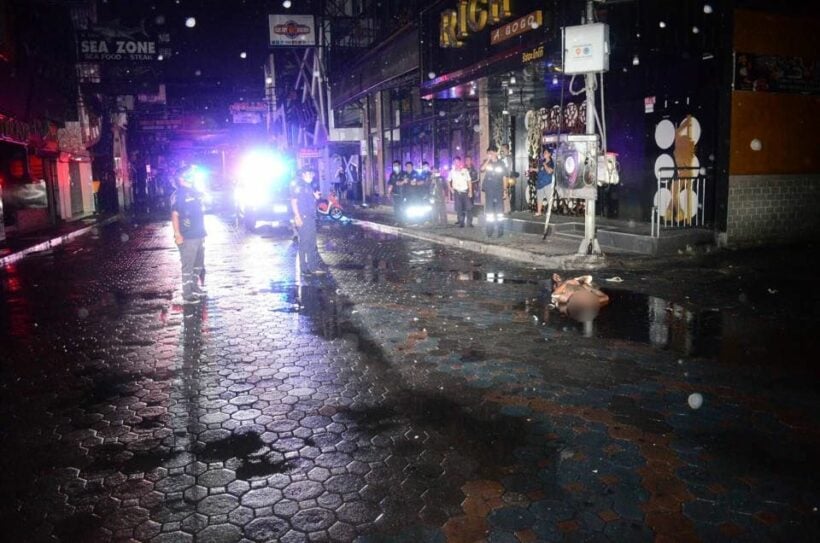