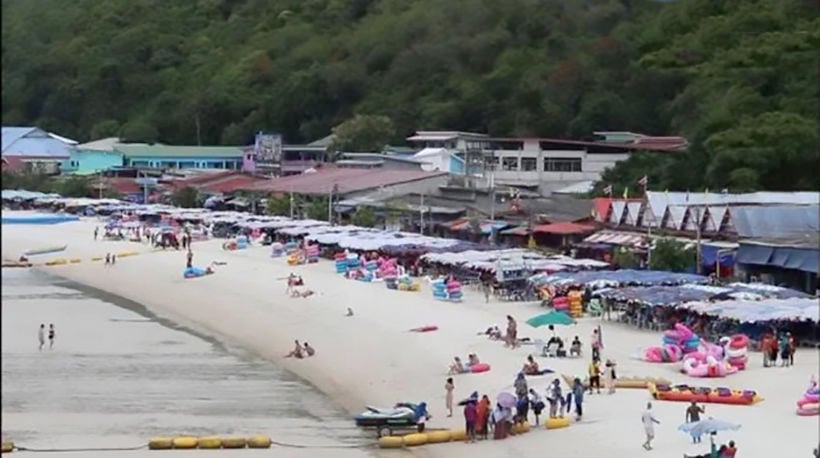 Pattaya City’s mayor, after meeting with the Communicable Disease Committee of Chonburi told reporters that all Pattaya area beaches are scheduled and “likely” to open June 1, for all activities. The tourist town’s beaches have been closed for around  months due to the Covid19 emergency decree. The reopening still requires approval from the Centre for Covid-19 Situation Administration, who gave conflicting information at a press briefing today.

All activities, including swimming, sunbathing, relaxing on deck chairs and non-contact sports can resume when the beach officially opens, according to the mayor. Beach chairs must be placed at least a metre apart and visitors, including all beachgoers, would have to practice social distancing. The beaches that would be effected are Pattaya, Jomtien, Phra Tamnak Beach, Cozy Beach, Wong Amat Beach, Krating Rai Beach, Lan Pho Naklua Public Park, Samak Beach and Bali Hai Pier.

As for Koh Larn, just off the Pattaya coast, the island’s residents have considered the request to reopen the island and it has initially been approved. This is being forwarded for final approval to the Chonburi Communicable Disease Committee. The final decision will likely be made by May 31 on when to reopen the island. Arguably one of the most popular tourist attractions in the Pattaya area, it’s been closed since March 27.

Not a single case of the virus was confirmed on the island, which has a permanent resident population of about 500 people. The island was reopened on May 1, 2020, to local residents to come and go from the island to the mainland but all non-residents were still banned.

Beaches remain closed by order of the Governor of Chon Buri province, although a decision is likely as soon as this weekend following official announcements from the Thai Government on the next phase of loosening restrictions. That announcement is expected tomorrow.