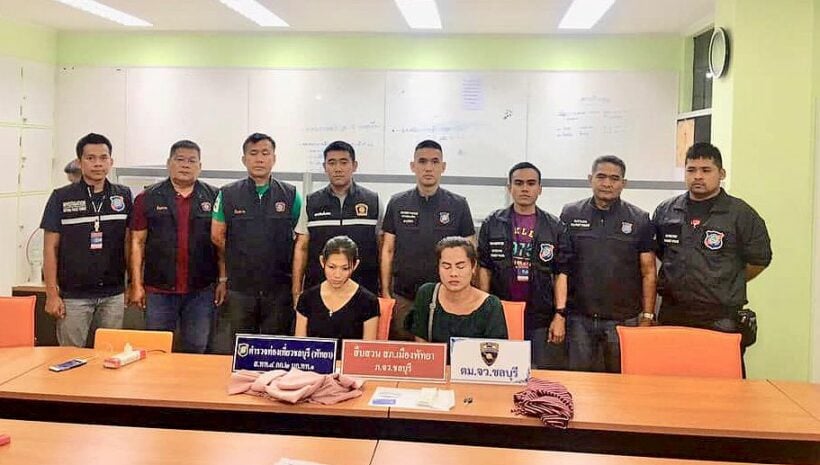 A pair of ladyboys have been nabbed for allegedly stealing a wallet with three credit cards from a South Korean tourist in Pattaya.

Pattaya police chief Pol Colonel Prawit Chorseng said the arrest was made after 44 year old Hojun Cho filed a complaint with police Sunday morning, reporting that his wallet was stolen.

Cho said he was walking back to his hotel from Walking Street when two ladyboys approached, hugged him and left. He later discovered that his wallet containing three credit cards was gone.

Police checked and found that two credit cards were used at a grocery store near the area.

Police identified the two suspects from security-camera footage from the shop, located and arrested them at a boarding house in South Pattaya.